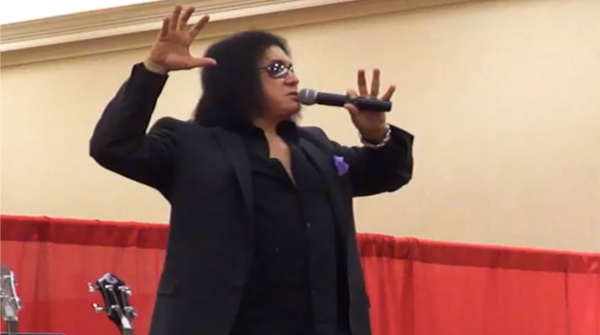 KISS bassist Gene Simmons hasrevealed via a new online video some details of what fans of thehard-rock stalwarts can expect during the band's next run of livedates in support of their 20th studio album,'Monster.'

In the video a shaded Simmons explains in his uniquely baritonemanner the stage spectacle which will feature at each and every oneof their forthcoming tour dates, describing it as "the mostamazing thing I has ever seen."

Gene Simmons on the newMonster Stage