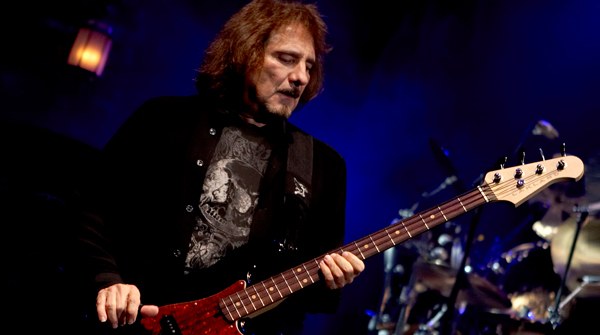 Black Sabbath bassist GeezerButler has revealed that the band will be focusing ontracks released during their first decade on upcoming worldtour.

In a recent interview with The Metal Forge (via Classic Rock Magazine) Butler recalled the band's primitivedays in which he couldn't afford his own bass plus their rise tothe top.

"Since all our albums date back to the 1970s, that is thedecade we will be dealing with. We always have to play the staples,such as Iron Man, Paranoid, Black Sabbath, War Pigs, Children OfThe Grave, but it's good to include more obscure stuff."

"The first and second albums were recorded on two four-trackmachines, the first album in two days, the second in five days. Itwas basically like doing a live gig in the studio.

"As technology advanced, it was almost a curse to have somany tracks to record on; we lost focus of what the band wassupposed to be about. It was great for experimenting, but we wasteda lot of time - and money - just pissing about in the studio on thelater albums."

Butler goes on to recall how Cream'sJack Bruce first inspired him to pick up the bass,saying:

"The main obstacle was I couldn't afford a bass. I had aFender Telecaster guitar at the time. I was paying it off at 50pence a week over four years, so I couldn't sell it until it waspaid for. When I got together with Sabbath, I tuned the guitarstrings down to simulate a bass.

"On our first gig I borrowed a friend's Hofner bass. It onlyhad three strings - and that gig was the first time I'd ever playeda bass. I swapped my Telecaster for a Fender Precision bass, andthat was that."

Even though the core of Sabbath's upcoming shows will revolvearound albums such as their seminal self-titled debut, 1971's'Paranoid' and 1973's 'Sabbath BloodySabbath,' Butler also states that they will  performtracks featured on new album '13.'

Black Sabbath will release new album 13 on June10 via VertigoRecords and RepublicRecords (US).