Geezer Butler and Lee Rocker to Be Honoured at Bass Player Live! 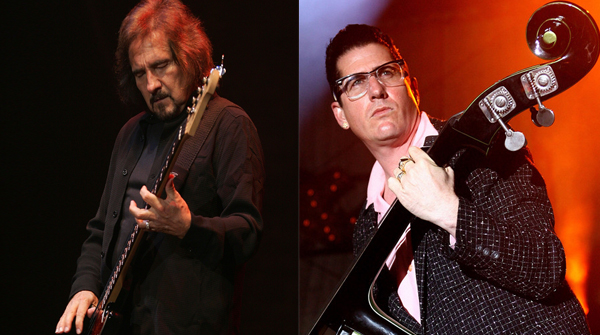 Geezer Butler and Lee Rocker to Be Honoured at Bass Player Live! -

Black Sabbath bassist and co-lyric writer Geezer Butler is to be honoured at this year’s Bass Player Live! event.

Bass Player Live! will take place on November 9 and 10 and will be staged at the historic Fonda Theatre on Hollywood Boulevard in Los Angeles, California.

The all-star showcase will honour Butler along with rockabilly double bass legend, Lee Rocker of Stray Cats. Jazz-rock phenom Tal Wilkenfeld will also be presented with the ‘Young Gun’ award.

"And this year's lineup is our heaviest yet. When it comes to hard rock bass playing, Geezer Butler wrote the book. That he continues to perform with every bit the raw intensity of his early days in Black Sabbath is an inspiration for players of all ages and all styles.”

"With the Stray Cats, Lee Rocker took the upright bass — already one of the coolest instruments ever — and somehow made it even more hip, slapping the snot out of it to codify the sound of rockabilly bass. To our ears, Tal Wilkenfeld personifies the bright future of rock bass. From her work with Jeff Beck, Herbie Hancock, and Joe Walsh to her fleet-fingered solo work, Tal's refreshing fusion of jazz, soul, funk, and rock is something we've had our ears and eyes on for a long time now.”

"We're thrilled and honored to have these three artists anchor an evening of amazing performances,” added Fox.

Full details and tickets are on sale now at BassPlayerLive.com.