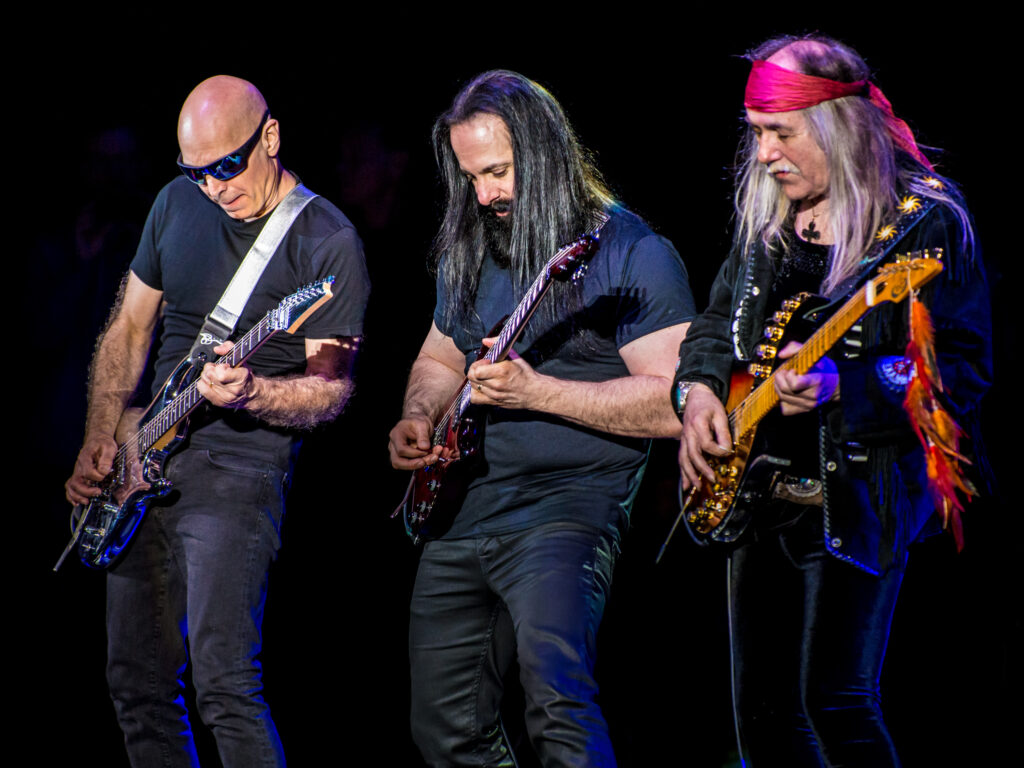 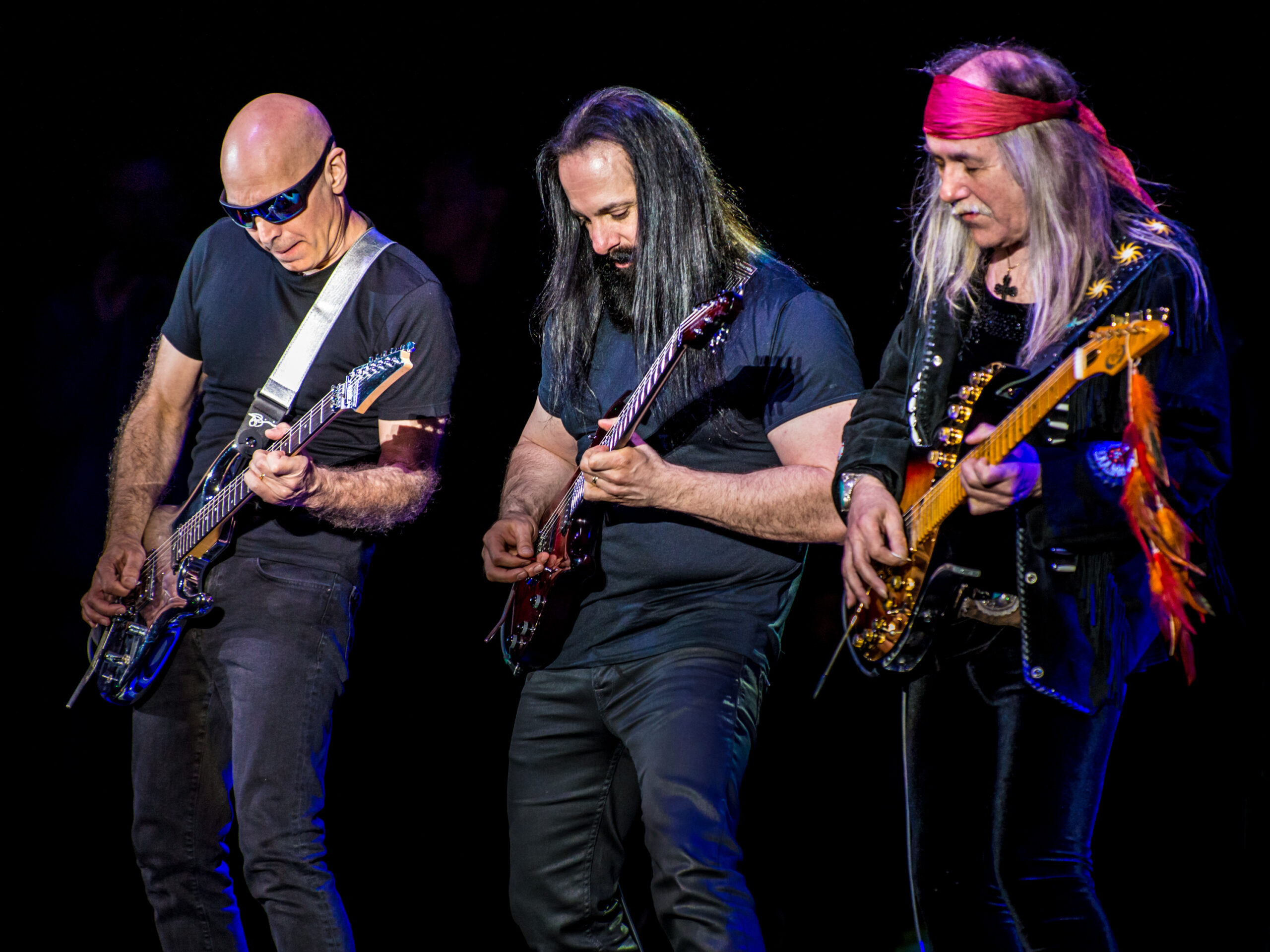 Joe Satriani’s G3 has continuously brought the best guitar players in the world together, and once again the guitar extravaganza makes a stop in London for one epic event. Since the now iconic first shows in 1996 (featuring Joe Satriani, Steve Vai and Eric Johnson), It has been a celebration of what the electric guitar is truly capable of.

Satch has always been the organizer and headliner, however, the two guitarists that joined him on tour have varied from the likes of Steve Vai, Eric Johnson and Yngwie Malmsteen to Kenny Wayne Shepherd, Guthrie Govan and Steve Morse just to name a few. This year's selection proved to be just as impressive with John Petrucci of Dream Theater and Uli Jon Roth (formerly of Scorpions) joining the travelling guitar showcase. Outside of Satriani and Vai, Petrucci has been part of the G3 tours more than any other guitarist, and most recently appeared in the fold in 2012, with Uli making his second appearance and kicked off the evening's proceedings with a bang.

Unusually for a G3 performance, only the opening track "Sky Overture" was instrumental in Roth's set; however, this took nothing away from the performance as vocalist and guitarist Niklas Turmann complemented each song he was apart of, and matched Roth in raw emotion note for note.

Uli's set was filled with the best-loved songs from his Scorpions’ days, including "We’ll Burn The Sky," which was dedicated to Roth’s recently deceased brother Zeno and the always epic, "Sails Of Charon" which was a powerful and fitting climax to the memorable set.

The Dream Theater axe-man took to the stage joined by fellow virtuosos Dave LaRue on bass and bandmate Mike Mangini on drums.  The opener was "Wrath Of The Amazons", a theme heavily inspired by Hans Zimmer's Wonder Woman signature melody.  The performance was stunning, and the track itself makes for a very capable Dream Theater-esque tune when placed in Petrucci’s capable hands.

The rest of Petrucci’s heavy set (aside from, new piece "The Happy Song" and "Glassy-eyed Zombies") was taken from is debut (and only) solo instrumental album from 2005 'Suspended Animation'.  Immensely powerful numbers like “Jaws of Life” and “Damage Control” are tailor-made for a concert like this and are perfect representations of Petrucci’s guitar prowess.  Petrucci is still one of the world’s great guitarists and is always a pleasure to watch live.

After a second brief intermission, Satch kicked off his set with two songs from his latest album, 'What Happens Next', “Energy” and “Catbot.”  The show and the production were a step up from the opening sets but then again, Satriani always puts on an exemplary show.  He is a true showman as much as a musician. The set was made largely of songs from 'What Happens Next' including; “Cherry Blossom” and the powerful “Thunder High on the Mountain” which captivated the audience. However, of course, he closed the set with his live staples; “Always With You, Always With Me” and “Summer Song.”

Satriani is a master, not only for what he can play on the instrument, but how he plays it, but even those attributes pale in comparison to the songs he composes. Live on stage, there are few who can compare, and this is why he continues to pull us back to the shows year after year. 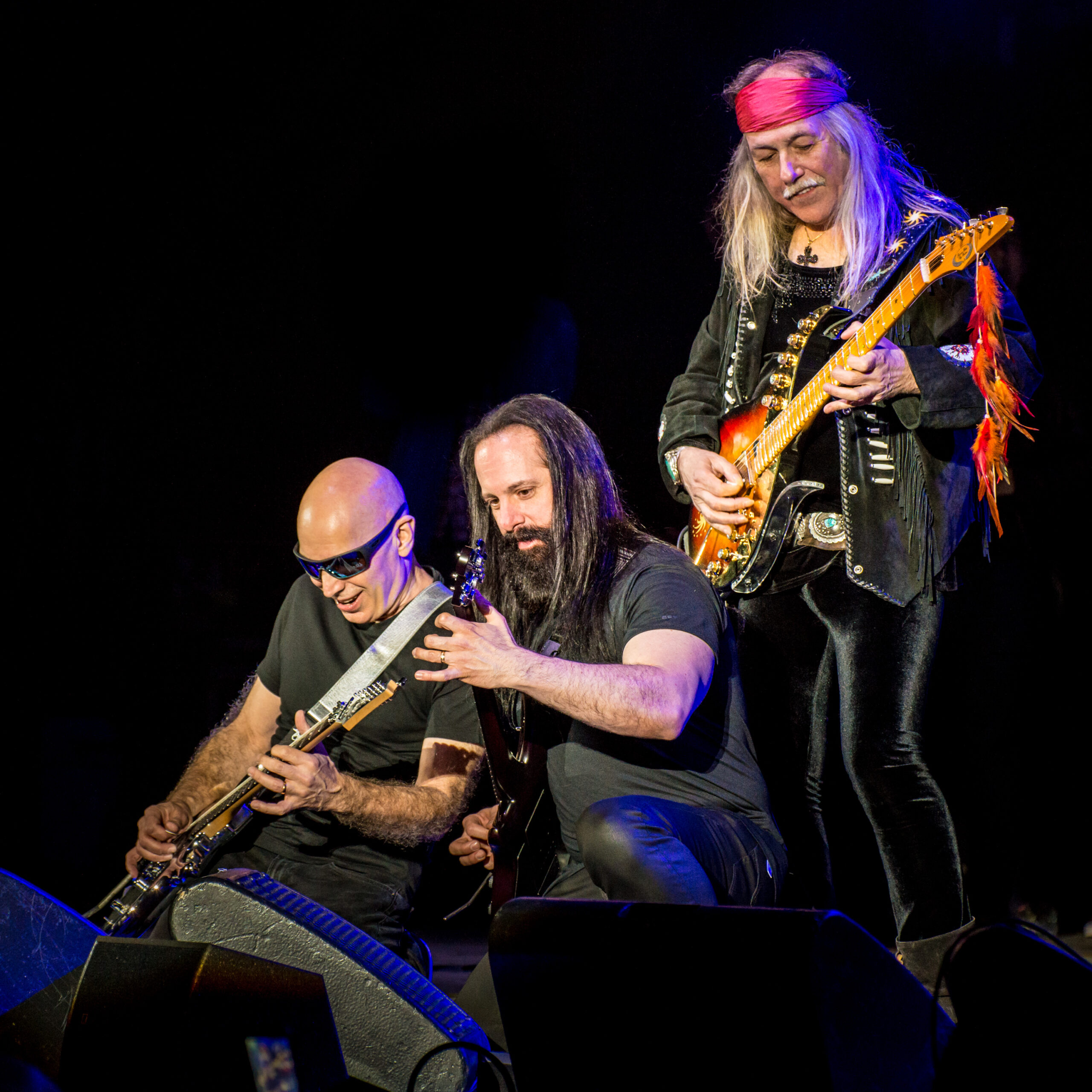 Of course, no G3 show is complete without a jam session to close things out, and once again the set was made of three rock classics; "Highway Star","All Along The Watchtower" and "Immigrant Song”.  The jam is always a crowd pleaser and as always allows everyone on stage to have some more fun and treat the fans to as much music as possible over a nearly 3 hour night.

G3 was once again as good as ever. Let's hope we don't have to wait another six years for an encore.

Highway Star
All Along The Watchtower
Immigrant Song