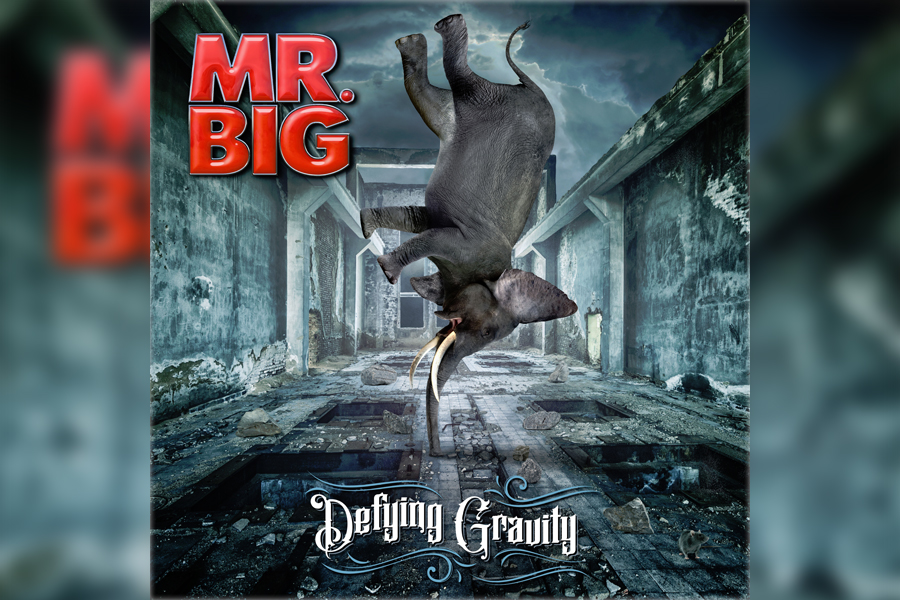 Recorded in just six days at Ocean Studios in Burbank, California, the album reunites Mr. Big with the Kevin Elson (Journey, Europe, Lynyrd Skynyrd), who is back behind the boards for the first time since helming the band’s first four albums.

‘Defying Gravity’ deftly showcases that patented Mr. Big blend of crunch and melody, from the freight-train ride of opening cut ’Open Your Eyes’ to the harmony-laden wonderment of ‘Damn I’m In Love Again’ to the nostalgia trip of ‘1992’ (recalling the days when the band was flyng high atop the singles charts with their international smash ‘To Be With You’) to the barnstorming slide-blues closing track, ‘Be Kind’. Overall, the album is prime evidence that the only thing Mr. Big remains tethered to is their ongoing pursuit of achieving creative excellence.

“It’s inspiring to work with Mr. Big,” observes guitarist/songwriter Paul Gilbert, who penned much of the material on the new album.

“I know that any ideas I bring into the studio have to go through our long-established band filter, which means the songs all have to rock, have melody, and put a grin on the faces of all of my bandmates to make the final cut.”

The CD and LP contain the following track listing:

The DVD contents are: