From Canned Heat to The Bluesbreakers: The Turbulent Life of Walter Trout 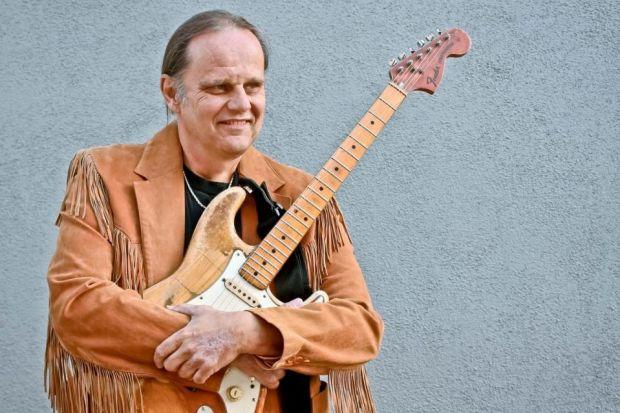 June 2016 marks the release of blues legend Walter Trout's latest live album "Alive in Amsterdam". The record is hailed as a snapshot of Trout's ebullience at returning to the stage following a life-saving liver transplant in 2014.

Trout has since become a Patron of the British Liver Trust, helping to raise awareness of the disease which almost cost him his life. As the guitarist says, "Liver disease...progressively drained me of my life force until I was on the verge of death. A miraculous liver transplant allowed me to survive and thrive once again..."

This humble attitude may seem a far cry from Trout's former hedonistic lifestyle. Alcohol and substance abuse during his time in Canned Heat and John Mayall's Bluesbreakers in the 1980's were, as the guitarist says, a way of dealing with his "...inner demons...I tried to run away from pain and ghosts..."

Trout's addictions began in the 70's, following his move from New Jersey to Los Angeles. During this time he teamed up with many Californian blues artists, including John Lee Hooker and Joe Tex. By the early 80's, Trout had gained a reputation as being an outstanding player on the blues-rock scene, and was invited to join Canned Heat, with whom he remained until 1984.

Whilst touring with Canned Heat throughout the early 80's, Trout was able to hone his skills on lead guitar, further cementing his reputation as a force to be reckoned with. Unfortunately, being on the road with the hard-partying members of the band also increased Trout's substance abuse to a dangerous level.

By the mid-80's, Trout had been headhunted by the prodigious John Mayall of the Bluesbreakers. Being in the spotlight as lead guitarist in such an influential act suited Trout, and he flourished during several high profile tours with the band. Sadly, the guitarist's addictions had reached a new low, as detailed in Trout's 2014 biography, co-written by Henry Yates. Lurid tales of cocaine abuse reveal the lengths that the guitarist was willing to go to in order to get his fix. A bottle of Jack Daniels each night for Trout was apparently a mandatory item on the Bluesbreaker's rider.

Trout's epiphany allegedly came following a particular incident in a Canadian hotel room involving "...a higher form of crack...(and)...the cleanest dirty pair of underpants I could find...really made me start thinking about what I was doing to myself. Like, 'What has f****** happened to me?'"

After Trout quit drink and drugs he felt ready to strike out on his own. Recruiting fellow musicians from his LA days, he formed The Walter Trout Band, receiving mainstream radio play and some commercial success. In 2013 however, Trout's former bad-boy lifestyle caught up with him and he was diagnosed with liver disease. Fans rallied round to raise the money needed for the guitarist's transplant, and he was back performing on stage by the following year.

Walter Trout has persevered through troubled times, and survived addiction, disease and turbulence where many of his contemporaries would have fallen. The guitarist's tenacity has always shone through his music, as Trout himself says, "...without the music, I would have become a wreck of a human being."

- 'Rescued from Reality: The Life and Times of Walter Trout' By Henry Yates and Walter Trout, MLG £19.95