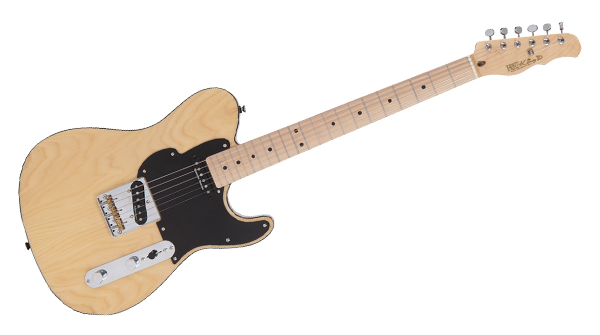 Jerry Donahue, known as 'The doyen of the string benders' and co-founder of The Hellecasters, is an outstanding player whose talents have seen him feature with stellar artists the world over.

Jerry's in depth knowledge of guitar tone, and how to get it has been developed over decades of playing. When the
opportunity to cooperate with legends Trev Wilkinson and  Seymour Duncan to create a Fret-King 'JD' guitar which would be the match for his prized '52, and be the very pinnacle of his tonal ambitions, epitomising 'ultimate JD tone', the project was born.

The neck position of the JDD is loaded with Jerry's custom  designed, California built covered APS-2JD signature pickup. Seymour designed this masterpiece with a balanced field for even response, to distort "earlier", yet retain a clean, vintage-like tonality.

With a five way switch and circuitry tuned to Jerry's exacting standard, the Fret-King JDD meets his vision of having a single guitar which really can sound like many of the most instantly recognisable solid-body and semi-acoustic tones of the last 50 years.

Soaring blues tones, rich dark midnite jazz tones, 'woman-tone', the elusive `in-between quack-tone' and country twang! In just the flick of a switch, it's all there in spades.

From the playability point of view, the soft 'V' profile neck, and 7/14'