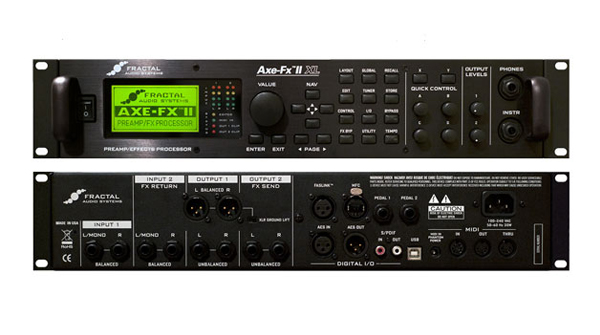 Fractal Audio Systems, creators of industry-leading guitar amp modeling and effects technology, has announced its latest model, the Axe-Fx II XL, will be available for sale in March 2014. The Axe-Fx II XL has the same DSP and amp modeling capabilities as the Axe-Fx II Mark II, but offers expanded memory, new I/O ports, and other upgrades detailed below.