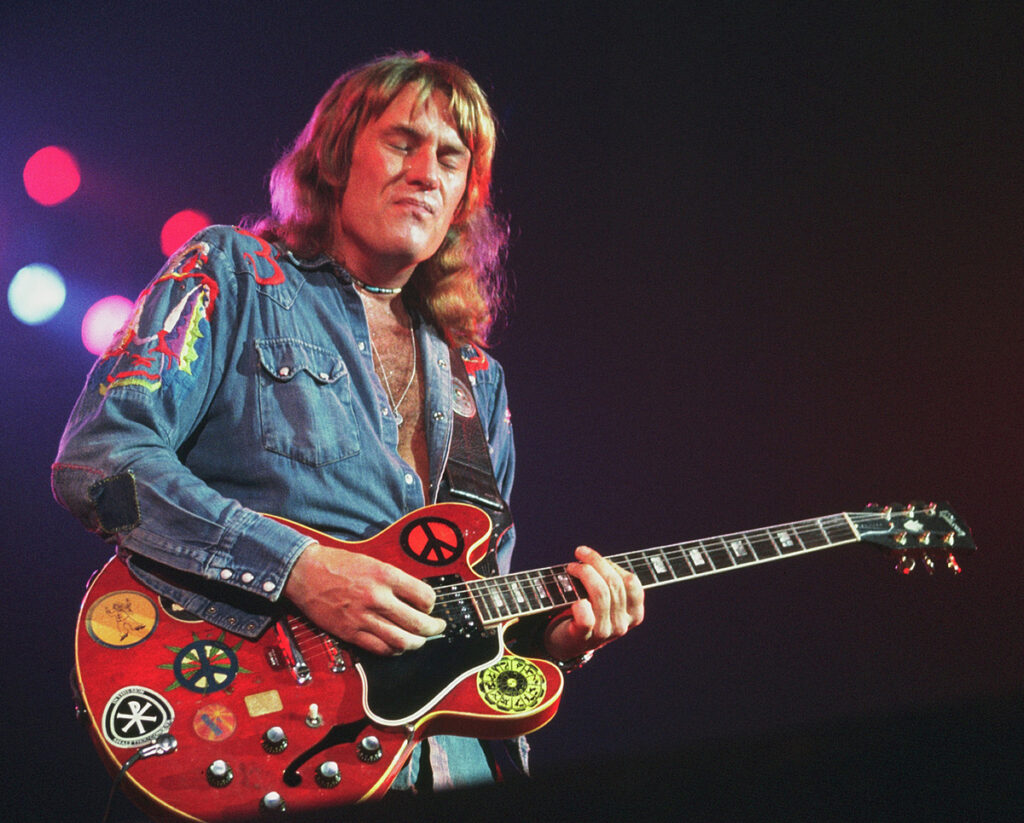 His official website posted a statementwhich reads: "With great sadness we have to announce thatAlvin unexpectedly passed away early this morning after unforseencomplications following a routine surgical procedure.

"We have lost a wonderful and much loved fatherand companion, the world has lost a truly great and giftedmusician."

The Nottingham-born musician quickly rose to fameafter appearing at the Woodstock festival in 1969 with Ten YearsAfter. The bands performance, and more notably Lee's blisteringfret-mastery in the song "I'm Going Home" that appeared in the1970 Woodstock film, put the guitarist's namefirmly among the elite musicians  of his generation.

In a recent interview with  Guitar World he said he stillplayed guitar regularly:

I write and record all the time; it's my hobby and mypassion. I have a Spanish gut-strung guitar, a Dobro resonator anda Line 6 Variax hanging on the wall, and they all get playedregularly."

Talking about the Woodstock movieand his involvement with the legendary event Lee said:

"The solo on the movie sounds pretty rough to me thesedays, but it had the energy, and that was what Ten Years After wereall about at the time."

The performance led to more festivals, a label changeand their biggest hit, 1971's "I'd Love to Change theWorld." Although a version of Ten Years After still tourstoday, Lee has not been part of the band for several years.

After the band split in 1973, Lee went on to releaseseveral solo albums, including On The Road To Freedom, whichincluded guest spots from George Harrison and Ron Wood. His lastrelease was 2012's Still On The Road To Freedom. Lee andHarrison would record together several times over the decades; Leealso appeared on Harrison's Dark Horse album, andHarrison and Lee take turns soloing on "The Bluest Blues" fromLee's I Hear You Rockin' disc.

Guitar World conducted one of the lastinterviews with Lee,  and you can check it out here.

TEN YEARS AFTER, "I'D LOVETO CHANGE THE WORLD"