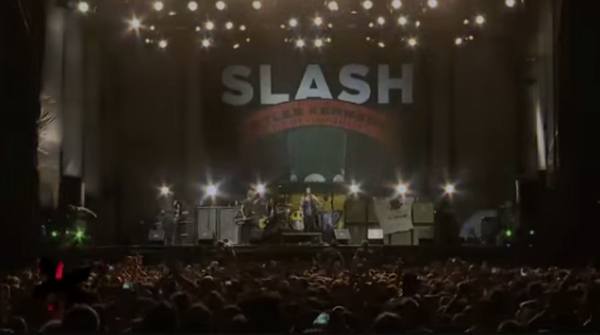 Slash, Duff McKagan and Gilby Clarke reunited to perform Guns N Roses' track "Paradise City" this past Saturday during a Slash & Myles Kennedy and the Conspirators concert in Argentina.

Both McKagan's Loaded and Clarke's Coverheads had already performed to the sold out Mandarine Park audience as support acts but the pair joined Slash to perform the 1987 classic, whilst bassist McKagan also playing on "It's So Easy."

Check out footage of the performance below.