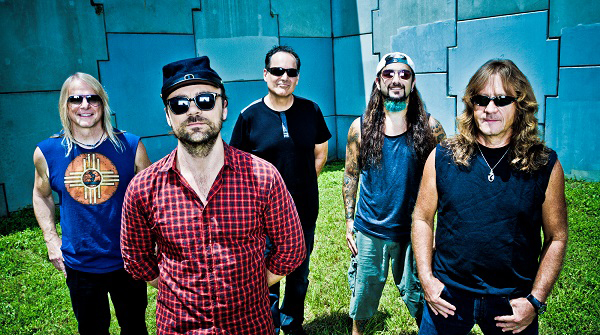 A new live version of Flying Colors' "Mask Machine" has been released by the prog-rock supergroup.

Taken from "Second Flight: Live At The Z7", which was recorded in Pratteln, Switzerland, on the band's 2014 tour. The album is the official follow-up to last year's Second Nature.

"It was especially exciting because we had just performed many of these songs for the first time, days before," says guitarist Steve Morse.

"We had a blast playing these tunes and can't wait for you to hear them… you can feel the excitement!," adds singer Casey McPherson. "I'm still trying to learn Steve's guitar parts, though."

"Second Flight: Live At The Z7" is available to pre-order now.