Flaming Lips Release Dark Side Of The Moon "Companion Album" 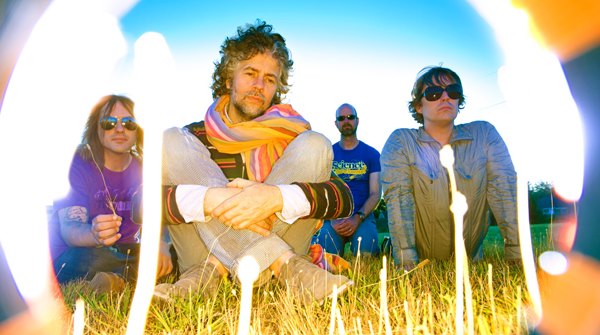 A new innovative concept album devised by the ingenious minds of psyche-rockers, The Flaming Lips, “The Flaming Side Of The Moon”, has been released today.

The project has been billed as a 'companion piece' to Pink Floyd's classic album "The Dark Side Of The Moon" and can be heard below via a Soundcloud stream.

A press release reads for the album reads:

“Listeners are encouraged to listen to the new Lips album while listening to Dark Side at the same time,” explained the band.

“Flaming Side Of The Moon was also carefully crafted to sync up perfectly with the 1939 film, The Wizard Of Oz. For ideal listening conditions, fans are encouraged to seek out the original Alan Parsons’ engineered quadraphonic LP mix of Dark Side, but it will work with the album on any format.”

A limited edition 100 vinyl copies will reportedly be distributed to friends and family of The Flaming Lips.

No further details, such as tracklisting, has been announced.

The Flaming Side Of The Moon sees the Lips again paying homage to their idols in their own unique way. Back in 2009 Wayne Coyne and co enlisted the services of Stardeath, White Dwarfs, Henry Rollins and Peaches to record and release collaborative track-for-track reworking of Pink Floyd's seminal album.