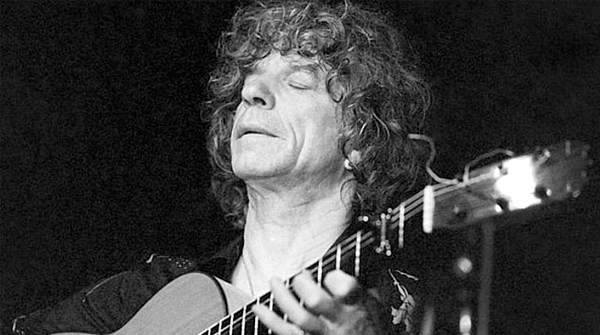 In de Plata's long and storied music career the esteemed flamenco artist sold nearly 100 million records. However, despite being one of France's most successful selling recording artists, a penchant for "roulette, fancy cars, going out and beautiful women" meant he died almost penniless.

Born Ricardo Baliardo in a gypsy caravan in Sète in southern France, he was infamous for disrespecting certain rhythmic rules (compás) that are traditional in flamenco playing. One critic describing de Plata’s playing as a “hilarious travesty of flamenco only made more comic by the seriousness with which [he] practised his art”.

Rising to prominence in the 1960's as Manitas de Plata (“little silver hands”) he only began to play in public ten years after the death of Django Reinhardt, considered the king of gypsy guitarists.

Picasso once exclaimed "that man is of greater worth than I am!" when he heard him at Arles in 1964 and drew a picture of matadors and a bull on his guitar.

de Plato became so in demand throughout the 1970's that he was performing more than 150 concerts a year and continued to "wow audiences" well into his 80s.

His last documented public appearance was in October 2012, when he went on stage at the Paris Olympia as the special guest of the Gipsy music star Chico Castillo.

de Plato was a huge influence on the Gipsy Kings and cemented his reputation stateside after playing New York's Carnegie Hall in the 1965.

His funeral will take place on Saturday in Montpellier.

Manitas de Plata with Dali in 1967