FIVE FINGER DEATH PUNCH announce 'And Justice For None' 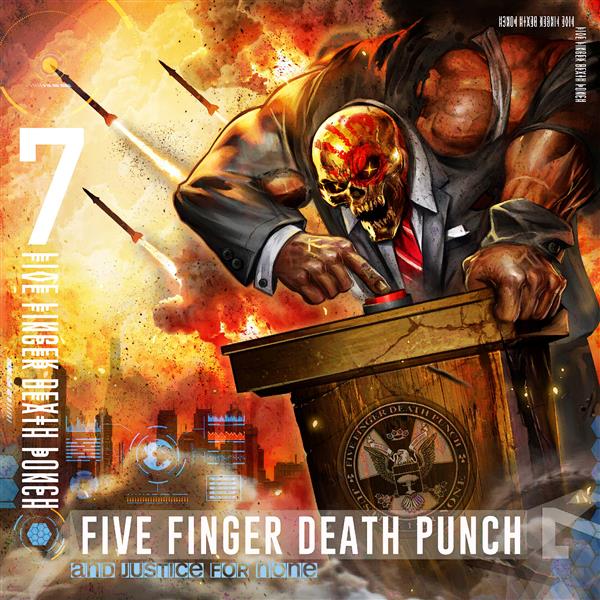 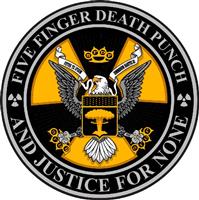 FIVE FINGER DEATH PUNCH are set to release their seventh studio album, 'And Justice For None' on 18th May via the Eleven Seven Label Group.  The collection is available for pre-order in physical formats from today over at https://fivefingerdeathpunch.com/.  The pre-order for digital album formats will launch on 6th April.

The band's current single, 'Gone Away' (their own rendition of The Offspring’s 1997 hit single and taken from 'And Justice For None') has racked up over 16 million video views on YouTube, over 7 million streams and topped the iTunes rock and metal charts globally.  Check out the official video for the track

'And Justice For None's tracklisting runs as follows:

FIVE FINGER DEATH PUNCH are readying to hit the road in the US for a massive series of co-headline dates with both Shinedown and Breaking Benjamin this spring into summer.  Check out the full list of dates at fivefingerdeathpunch.com/pages/home#tour.

Says FIVE FINGER DEATH PUNCH guitarist, Zoltan Bathory: ”When I’m being asked for a tour quote I’m always scratching my head… Is there anything to add really?  We are putting together 2018’s biggest hard rock tour of the Summer; where even the first band on the bill (Bad Wolves) has a massive hit single around the world.  There will be fire, there will be lights and it’s going to be loud.  An experience you can’t just download, you have to be there.  We all get about 80 summers in our lifetimes so make them count”.