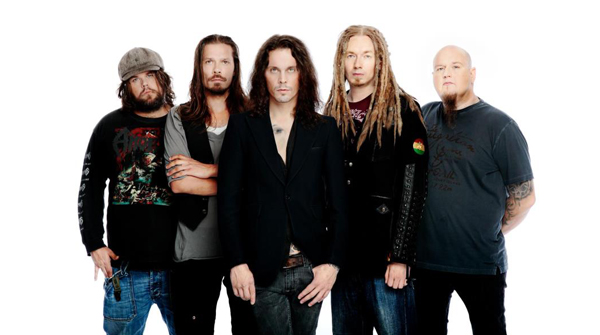 It's been a while for fans of Helsinki'sHIM, but the Finnish outfit has now released theirfirst new track since 2010.

The track, entitled 'Strange World' and a coveroriginally recorded by Ké, features on HIM's newlyreleased compilation album 'XX-Two Decades of LoveMetal.' It's said to be one of the personalfavourites of frontman Ville Valo.

HIM are credited with being the first Finnishband to have a gold album in the US and are renowned for theirpioneering 'Love Metal' sound and instantly recognisable by their'heartagram' logo.

'XX - Two Decades of Love Metal'features all of the band's singles spanning from 1997 to 2010including HIM classics such as 'Your Sweet666,' 'Wings Of A Butterfly' and 'Buried Alive ByLove.'