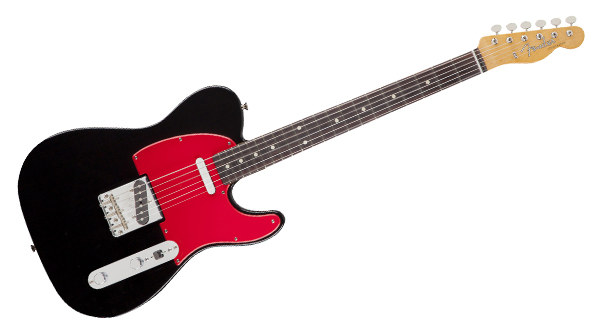 Fender has announced the release of the Fender Wilko JohnsonTelecaster guitar, which is sold exclusively throughout Europe.

Other features include a 7.25"-radius rosewood fingerboard with21 vintage-style frets, three-way pickup switching, vintage-stylestrings-through-body bridge with three chrome-barrel saddles, andvintage-style tuners. Special in-case extras include two WilkoJohnson photos and facsimiles of the notebook pages on whichJohnson penned Dr. Feelgood hits "She Does it Right," "Back in theNight" and "Roxette."

"I have been working closely with Fender on the details ofmy signature Tele," said Johnson. "It's great to knowpeople will be able to play an instrument just like the one thathas served me so well throughout my career."