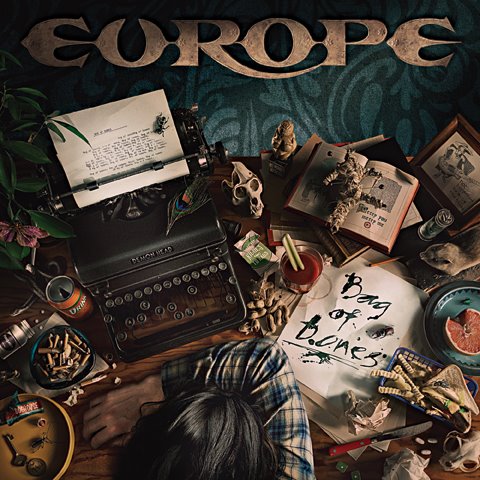 Joey Tempest, frontman of Swedish hard rockers Europe recently spoke to U.K.'s Total Rock about the band's forthcoming album 'Bag Of Bones' and how much he enjoys his job as the singer for a 'more than decent rock band'.

The new album, which will be Europe's ninth studio album, is to be released on April 27 via earMusic/Edel. The CD, which features a guest appearance by blues-rock guitarist and iGuitarMag fave, Joe Bonamassa, was produced by Kevin Shirley, who has previously worked with IRON MAIDEN, JOE BONAMASSA, BLACK COUNTRY COMMUNION, BLACK STONE CHERRY and JOURNEY, among others.

Speaking to Total Rock Joey said: "Kevin Shirley did such a great job capturing the spirit of this band. He just let us do our thing and then pushed us and our songs to the max. Finally we express ourselves completely without restraint. Straight from heart and soul. It took some time but we have arrived!"

The tracklisting for 'Bag Of Bones' is:

02. Not Supposed To Sing The Blues

The "Not Supposed To Sing The Blues" digital single was made available on March 9. You can watch the video for the song and the full interview below.

EUROPE 'Not Supposed To Sing The Blues' from Patric Ullaeus on Vimeo.