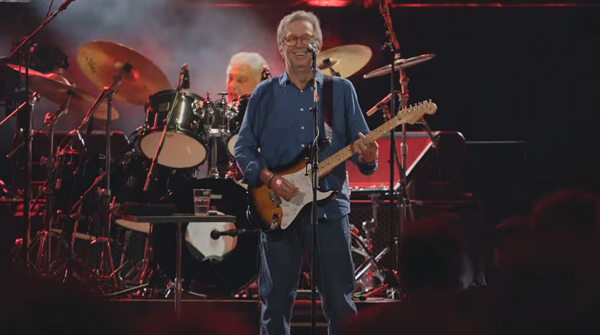 "Eric Clapton: Live At The Royal Albert Hall" and subtitled "Slowhand At 70" was recorded during the legendary guitarist's 7-date run in celebration of his 70th birthday back in March of this year.

This year's shows at the Royal Albert Hall represent more than 200 performances for Clapton at the esteemed London venue and also 5 decades as professional musician.

Along with the live performance, the cinema event will also include a special feature filmed exclusively for cinema audiences. Presented by Paul Gambaccini, it includes interviews with renowned musicians Paul Carrack, Andy Fairweather Lowe and Chris Stainton, as well as journalists Hugh Fielder and Paul Sexton.

Produced by Examination Productions and Eagle Rock, the release will be brought to screens by leading Event Cinema distributor Arts Alliance.