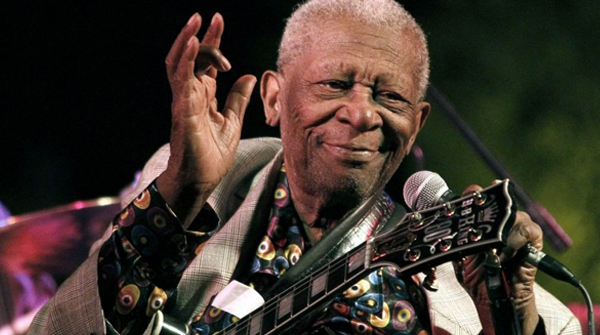 The guitar icons took to social media to pay their respects for the legendary bluesman who died last week in Las Vegas, aged 89.

Clapton, who enjoyed GRAMMY success with B.B in 2000 for their collaborative album "Riding with the King", posted a video tribute to his “dear friend” via Facebook.

“I want to thank him for all the inspiration and encouragement he gave me as a player over the years and the friendship we enjoyed.

“There is not a lot left to say because this music is almost a thing of the past now and there are not many left who play it in the pure way that BB did. He was a beacon for all of us who love this kind of music and I thank him from the bottom of my heart.”

“BB King was an enormous influence on me and for countless others. I first heard him on the record Live At The Regal at 15, and was struck by the sound and the emotion in his playing and singing and the effect of both on the audience.

“It was an honour to be a part of BB King And Friends, his 80th birthday recording of duets. BB will always be in my heart.”