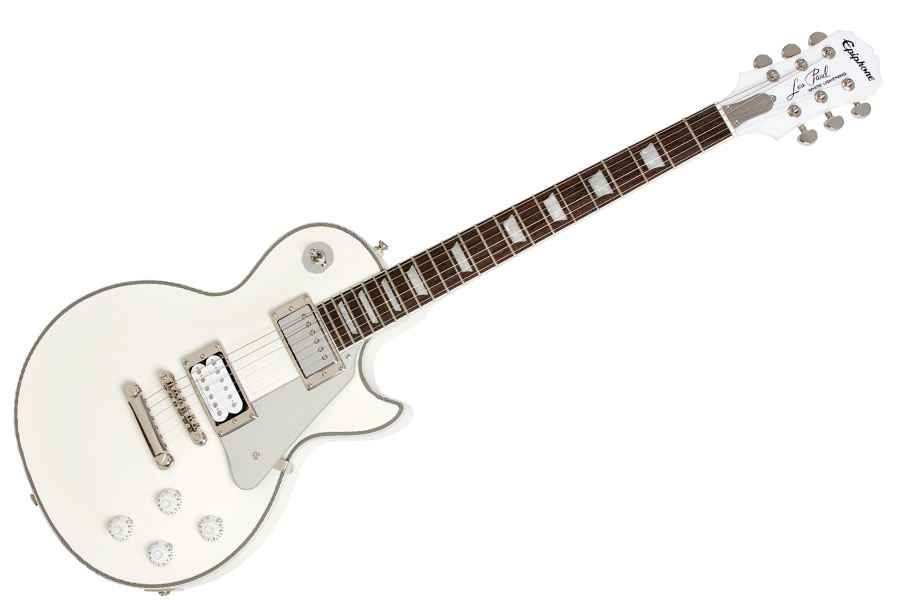 "My new "White Lightning" signature model is the pinnacle of looks, style and flash,” says Tommy.

“I'm proud to put my name on a serious guitar that can be enjoyed at home or rock the biggest stages in the world."

There has never been an American rock and roll band like KISS, recognized by the Rock and Roll Hall of Fame as one of the greatest trailblazing rock bands of all time. And Tommy “Spaceman” Thayer’s life story is the classic tale of a musician who knew from childhood that his future was on stage, playing a Les Paul.

Thayer has been part of the KISS family since 1985 as a songwriter and guitarist, working behind-the-scenes at rehearsals and on studio demos. Finally, in 2002, Tommy became a full-fledged member, joining KISS on stage as the iconic “Spaceman” and giving the rock legends an explosive new sound and attitude. Now with the new Ltd. Ed Tommy Thayer 2015 Signature Les Paul Standard Outfit, Tommy is ready to rock with a new sound and a killer new Les Paul.