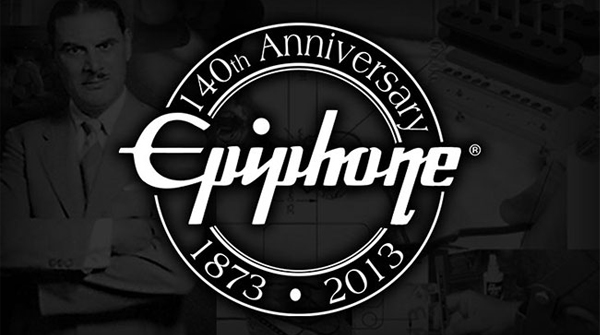 The Epiphone "Open House" will provide visiting artists,retailers and all registered Epiphone forum members a chance totour the new Epiphone facility and go behind the scenes with theNashville staff, including President Jim Rosenberg.

"Our 'Open House' celebration during NAMM 2013 gives us anopportunity to say 'thank you' to our dealers, artists, and forummembers and not only show them our new headquarters but also talkabout our favorite subject: Epiphone instruments-past, present, andfuture. Epiphone has a long tradition of opening its doors tofriends and family going back to our early days in Manhattan withour founder, Epi Stathopoulo."

Among the planned events for the "Open House" are a clinic withJeff Waters, guitarist and founder of the legendary band,Annihilator; a Q&A with instrument historian and author WalterCarter on his new release, The Epiphone Guitar Book: A CompleteHistory of Epiphone Guitars; a demonstration of select Epiphoneinstruments and pickups; training sessions with Dr. Epiphone; and acharity auction of one-of-a-kind Epiphone instruments.

An exhibit showcasing Epiphone's collection of rare vintagebanjos, mandolins, and archtops dating back to the Stathopoulofamily's earliest instruments will also be on display.