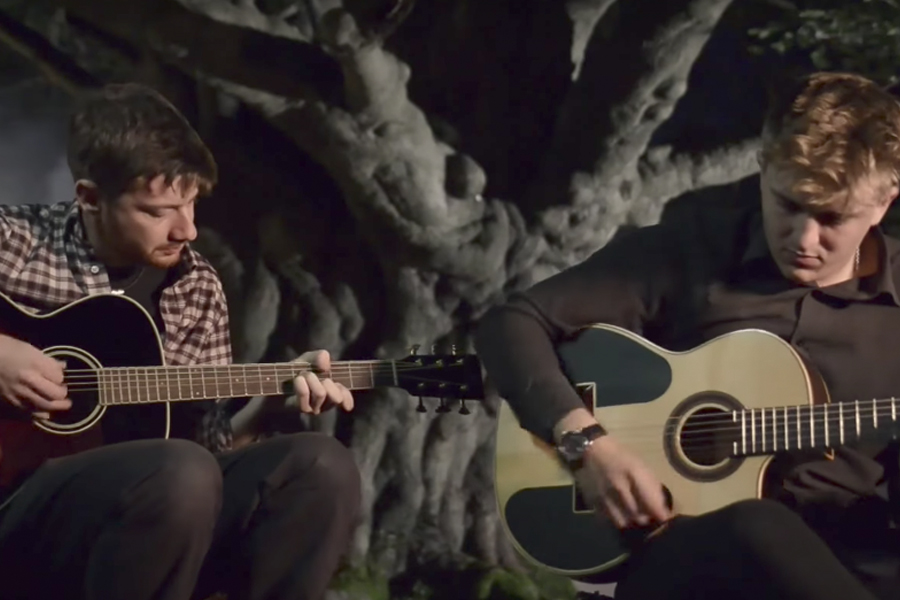 A cover of the Game of Thrones theme recorded and posted to YouTube by Havering based musicians Christopher Hatwell and Nick Engel, both of Romford, has gone viral.

The pair, who met whilst working at Romford based music shop, Musicland, first uploaded their stirring cover online on September 3rd. Since then the video, which was recorded at the historic Epping Forest woodland and features both guitarists, has been watched over a quarter of a million times by fans of the show.

“It’s all been a bit of a whirlwind but I try to keep my feet on the ground about it all. I find it’s best to focus on the negatives and see what you can learn to try and get better.”

“Some people have said the intro maybe goes on a bit too long and I think that’s something we can definitely learn for next time.”

On the location of the video, Chris continued:

“We shot it in Epping Forest over the course of two hours, and it was a real experience. Our director literally chose the specific tree, he took one look at it and said, ‘yes, this is it. We were quite near a main road and we had a lot of lights up and things so filming it was definitely an interesting experience – we got some odd looks.”

The pair who perform under the name of NIRIS will be playing at the O2 Islington Academy on October 29th.