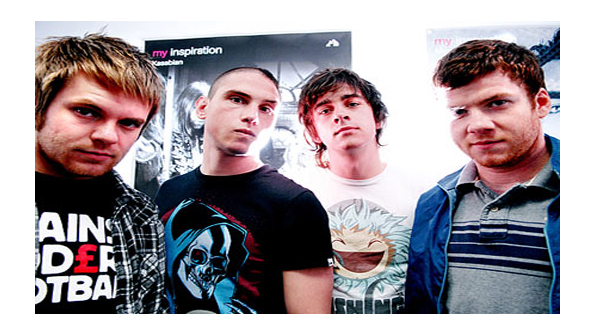 UK post-hardcore outfit, Enter Shikari haveannounced a run of UK dates set to see out the remainder of 2012,reports MetalTalk

The newly announced dates follow a hugely successful summer forthe Hertfordshire foursome in which they performed a number ofhigh-profile festival slots across Europe.

Vocalist/electronicist Rou Reynolds has this to say on theimpending UK tour:

"With the last set of UK shows being the biggest oneswe'd done so far, there was expectation and pressure on us fromsome directions to move up into bigger rooms for this tour, as the'media perception' of looking like you can play an arena (even withhalf of it curtained off) is apparently supposed to be of someworth.

"But when you factor in the basic facts of chargingfans higher ticket prices so they can watch you from further awayfrom the stage, and be charged £6 a pint into the bargain, itstarts to feel like quite a cost just to be able to limply say "weplayed Wembley", so we made the choice of actually going smallerfor this tour and doing double nights instead.

"It will be nice to be able to spend some time inthe cities too. Having chance to lie in, then walk around a bit anddo some Christmas shopping will be a welcome luxury (not a lot ofroom to spend time relaxing anywhere when you spend nine months ayear in a tour bus).

"Maybe we'll throw a couple of after-shows in someplaces too, as me and Rob love an opportunity for some post-show DJaction when we don't have to travel afterwards. Playing withartists like Cancer Bats and Engine-Earz as openers will be greattoo. Both of them are amazing and each brings something completelydifferent to the show, and we'd like to think it will be giving thefans the chance to experience a really exciting and musicallydiverse bill".

Special guests for the entire tour are Toronto, Canada'sCancer Bats and Brighton's Engine-EarzExperiment.