Electro-Harmonix Redefine The Wah Pedal With The Crying Tone 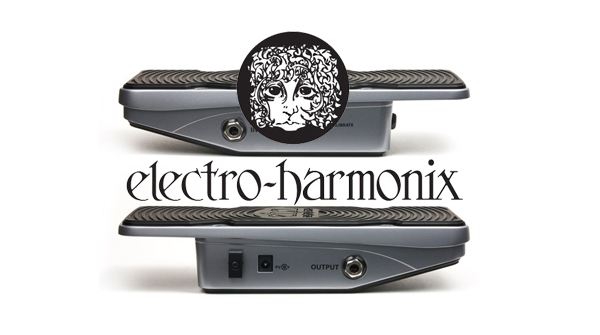 It's always exciting when a new product is released that goesagainst the grain and offers something new and fresh to a tried andtested formula. While Electro-Harmonix may not have reinvented thewheel with their latest product, they may have just offered asolution to a lot of the problems that face regular wah pedalusers. With no moving parts to wear out 'The Crying Tone' iscertainly a pedal that falls into the 'must check out'category.

Electro-Harmonix sent us this press release with a brilliantaccompaning demo for anyone wanting to hear it. See below.

With the unveiling of the new Crying Tone wah wah,Electro-Harmonix has re-invented this classic pedal and brought itinto the 21st Century. EHX founder and president, Mike Matthews,explained its conception this way: "The wah wah pedal has beenaround since the 1960s and guitarists love them. But they alsocomplain to me that the moving parts wear out, break and need to bereplaced. Now, almost half a century later, technology has advancedto where we're able to create a wah wah with absolutely no movingparts. The pedal sounds incredible, is more responsive and has nomoving parts to break."

Every aspect of the Crying Tone pedal's design, from its uniqueshape to its state-of-the-art circuitry, is the result of almostthree years of intensive design and development by an internationalteam of engineers and musicians. The Crying Tone Wah Wah pedalcomes equipped with a 9Volt battery and accepts an optional9.6DC-200 power supply. The Crying Tone is shipping now and carriesa U.S. List price of $116.