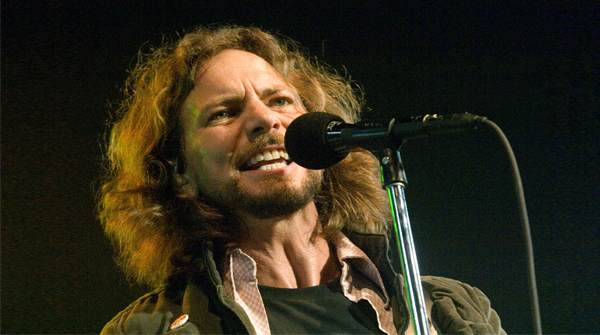 Seattle veterans Pearl Jam were working onfresh new music on and off throughout 2012. HoweverEddie Vedder and co have purposely not set anytimetable or window for the new record, due to band memberscontinuing to work on various solo projects and tours.

In a recent interview with Rolling Stone, Vedder was asked for an update on the band'slatest project, he said:

"Um, maybe halfway there. We're taking our time. I was talkingto Jeff [Ament] today, we were texting, he's got his group upthere. He's heading to the West Coast, I'm heading east. And we'reout here like, you know, like Johnny Appleseed. He's covering partof the country. I'm doing the other. And at some point we'll joinforces again for sure, but the band is as healthy as ever and I'msure it's good to get a little break from each other, but it's niceto - we'll be ready to go when we're ready to go."

"It just comes out. It sounds like it sounds like. We reallywork together as a unit these days. It's really the compilation ofall the parts. It's not like one guy trying to tell everybody,'These are my songs. This is what it should sound like.' We'vefigured out after all these years that if everybody just puts theirstamp on it, then it sounds how we want it to. Then it sounds new,'cause everyone is growing, you know. Everyone is growing after allthese years."