Early Tommy Bolin Recording with Zephyr Set to be Reissued 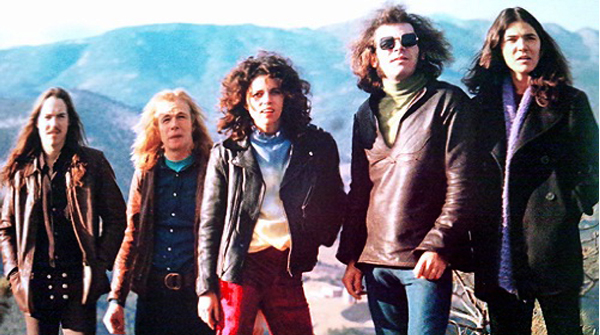 The recorded debut of Tommy Bolin performing with blues and jazz influenced rockers, Zephyr is set to be reissued on both CD and vinyl courtesy of Purple Pyramid Records.

Recorded in 1969, long before Bolin's stints with The James Gang and more famously Deep Purple, the album was the self-titled debut of Zephyr, which also featured in keyboardist John Faris, David Givens on bass guitar, Robbie Chamberlin on drums and Candy Givens on vocals.

With newly remixed and remastered audio created under the supervision of founding member David Givens, the album has truly been restored to the band’s original vision. As Givens says, “For the first time you can hear what we heard before everything went wrong. I’m happy with the results!”

The reissued self titled debut will also feature a treasure trove of unreleased live material and studio improvisations which had been uncovered in the process of remixing the album, including rare performances of the band at small clubs in their home state of Colorado as well as Reed’s Ranch where the band opened for The Grateful Dead.

In addition, the studio rehearsals showcase Bolin’s adventurous playing on two free form jams as he lays down blistering solos and eerie atmospheres courtesy of his Echoplex effect.

A limited edition 2,000 unit pressing of the reissue in a 3CD deluxe box set was released in May and has already been sold out, but a single disc version is set to arrive August 5 and a special 180 gram coloured vinyl pressing will follow later this year.