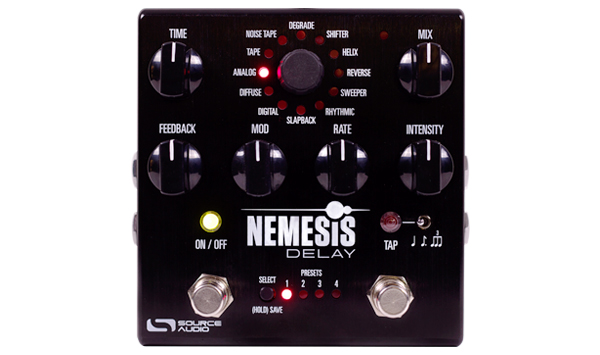 (PRESS RELEASE): Back in January of 2015 we proudly introduced our "soon-to-be-released" Nemesis Delay to the music gear industry at the Winter NAMM Convention. Well, after a year of vigorous research, intense listening, and astute engineering, we are thrilled to announce that the Nemesis Delay is officially available through a select group of retailers.

Roger (Source Audio's owner and president) is totally fired up about the Nemesis:

"Three years of tireless research and development went into the sound engineering and design of the Nemesis Delay. I challenged Jesse, Bob and Brett to create the industry's most powerful and flexible delay pedal in a small easy-to-use format. I think they pulled it off brilliantly."