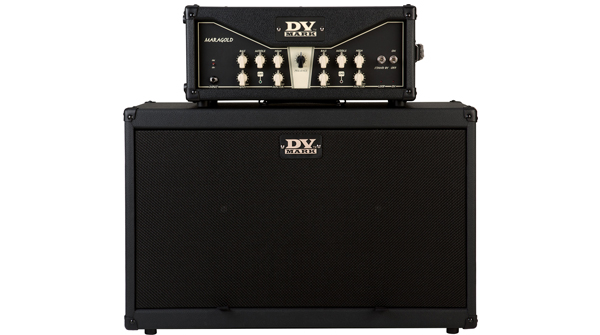 (PRESS RELEASE): For nearly a decade, DV Mark amplifiers have been among the world's most respected and sought-after brands, acclaimed by guitarists everywhere. Now, DV Mark guitar amplifiers are finally available in the US, thanks to an exclusive distribution deal with Guitar Center and Musician's Friend.

DV Mark amps are the brainchild of renowned designer Marco De Virgiliis, whose Markbass line of bass amplifiers have won numerous awards, as well as the praise of bass players everywhere. The DV Mark line of guitar amp heads, cabinets, and combo amps share the same meticulous design and attention to detail, with a focus on fine craftsmanship, rugged, bulletproof construction, power, and incredible tone.

The DV Mark "Maragold" amplifier has been designed exclusively for legendary guitarist Greg Howe (Michael Jackson, Justin Timberlake, Enrique Iglesias). Named for his current band, the Maragold features a dual channel, all-tube amplifier with a clean, pure tone on one channel and a spectrum of mild to heavy overdrive on the other, all the while delivering 40 Watts of power and performance.

Other DV Mark models include the Triple 6 III, a three-channel, 120-watt, all-tube amp head with integrated smart controller, and DV Mark's popular Neoclassic cabinets, including the Neoclassic 212 and Neoclassic 412 models. DV Mark also offers several Combo models, including the DV 40 112 and 212, and the Little Jazz and Jazz 12.

For more information on DV Mark, visit their website at www.dvmark.it.