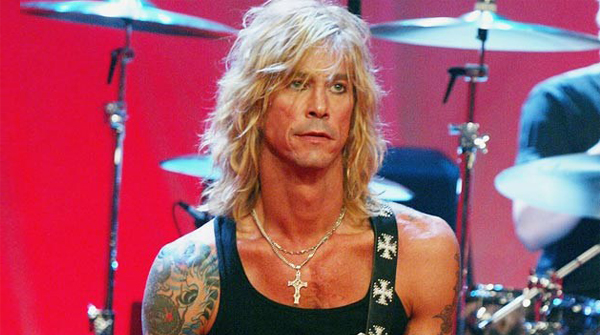 Former GN'R bassist and Velvet Revolver veteran Duff McKagan has updated fans on the hard rock supergroup's search for a new vocalist during an interview with Billboard whilst promoting yet another band he's involved with, Walking Papers.

"We talk about it every now and again," says Duff (via Hennemusic)

"Slash and Matt (Sorum) and Dave (Kushner) and I played inSouth Africa at the beginning of June...and of course we talked about it. We've tried out a bunch of singers, but I think we're just waiting for the right person to come along. It'll just happen. But the chemistry of Matt and Slash and Dave and I is really good, so you don't want to let that just go away."

During the back end of 2010 and in early 2011, Velvet Revolver recorded number of demo tracks with Corey Taylor of Slipknot/Stone Sour however the groups MVP, Slash was unable to commit due to a gruelling tour schedule of his own which at the time was in support of his debut solo album.

At the beginning of 2012 Velvet Revolver and estranged former frontman Scott Weiland reunited for a four song set at a tribute concert for late songwriter John O'Brien, however the band have otherwise remained hiatus ever since the former STP's vocalist less than amicable departure in 2008.