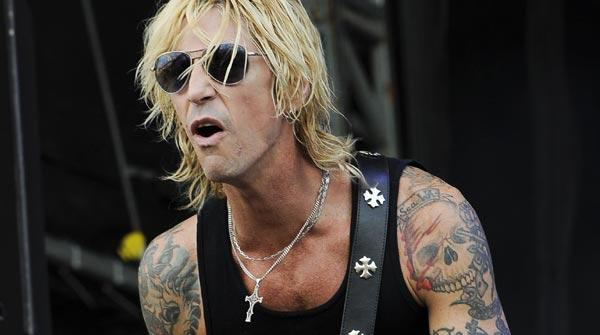 Duff will join the band to perform the event's headline set at Club Nokia in Los Angeles on April 23rd.

The show will mark the first time McKagan has performed with the '14 era GN'R on US soil after joining them for a number of South American dates earlier this month.

At this year's Revolver Golden Gods Awards Axl Rose will be honoured with this year's Ronnie James Dio Lifetime Achievement Award at the event.

The 2014 Revolver Golden Gods Awards Show and Black Carpet pre-show will stream live on Amazon, VH1.com, VH1Classic.com and the VH1 App on April 23rd, and VH1 Classic will air the show on Saturday, May 24th.