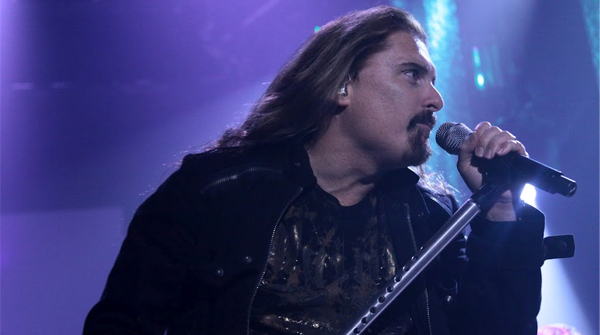 On the first track from the new album 'Agony,' Labrie said (viaLoudWire):

"I am completely over the top with 'Impermanent Resonance' andhere is its first single, 'Agony.' I am more than sure that youwill be banging your head and your blood will be coursing throughyou like jet fuel. As far as I am concerned this is only a teaserto 11 other tracks that will take you for a dynamic and emotionalride. Crank this song and Raaaaaaaawk!"

"Stylistically, I think 'Agony' is an interesting blend ofmelodic death metal and pop - from the riffing and blast beatsinterspersed in the intro, to where it really opens up melodicallyin the chorus. I like the pop-influenced interplay of the leadvocal and the keyboards that occur in the verse and chorus. Thiswas a real fun collaboration with Peter Wichers (ex-Soilwork). It'sgot a little bit of everything."