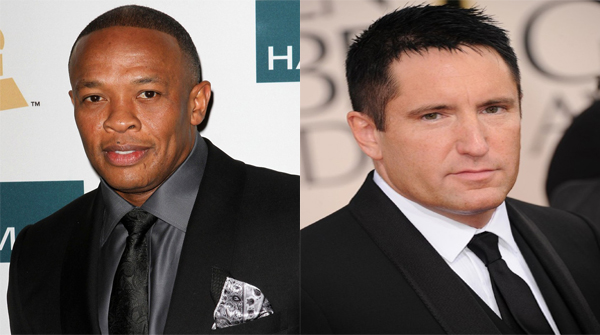 Nine Inch Nails kingpin TrentReznor and hip hop colossus Dr.Dre haveannounced they are to partner up in order to create a new musicstreaming service called Daisy.

Reznor alluded to the partnership earlier this year (17th Oct)after posting on his Facebook fanpage that he would becollaborating with Dre's the headphones company on a range of"interesting projects."

However Reznor has now revealed in an interview with The New Yorker (via PitchFork) that he's is helping to design a brand newmusic-streaming service, which is set to launch next year.

The service "uses mathematics to offer suggestions to thelistener... [but also] would present choices based partly onsuggestions made by connoisseurs, making it a platform in which themachine and the human would collide more intimately."

Comparing Daisy to Spotify, he told The NewYorker,

"Here's sixteen million licensed pieces of music,' they'vesaid, but you're not stumbling into anything. What's missing is aservice that adds a layer of intelligent curation."

"That first wave of music presentation which felt magical,the one where the songs are chosen by algorithms that know who youlistened to... has begun to feel synthetic."

He described Daisy as being,

"like having your own guy when you go into the recordstore, who knows what you like but can also point you down somepaths you wouldn't necessarily have encountered."

In the interview Reznor also stated that a Nine InchNails greatest hits compilation is also in the way andwill include two new songs.