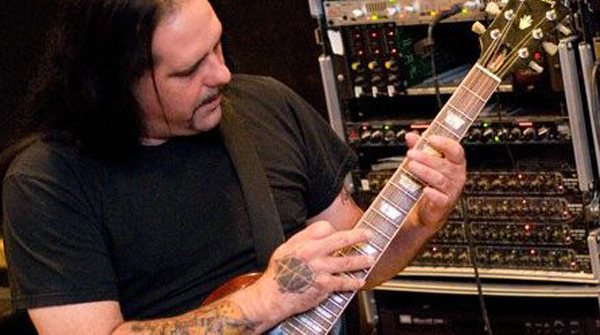 The metal world was rocked over the Christmas period when newsof Rigor Mortis and Ministryguitarist Mike Scaccia passingemerged.

The guitarist was performing in celebration of vocalist BruceCorbitt's 50th birthday when he suffered a heart attack brought onby a serious heart disease.

Corbitt has returned to the forefront of Warbeastas they prepare to hit the road later this month whilst planning todedicate the entire winter tour with Down to Scaccia's memory. Hehas also started a fundraiser for Scaccia's wife and family andplans to host a benefit concert in his bandmate and good friend'smemorey.

Down frontman Phil Anselmo had this to sayon the life of the late guitar virtuoso in a posting relayed byCorbitt:

"I have travelled the world playing music, and I'vebeen fortunate to play, with extremely talented guitarists, and tohave seen living legends right in front of my eyes. But when itcame down to extremities, I've known since 1987 who the fastest,most precise player on this planet was, and that was the one andonly Mike Scaccia. The playing field is now even.

I can't put into words what it meant for me to beaccepted into the Rigor Mortis horde back when I was the new guy intown, and playing in a rival band back in the late '80′s. But wewere kindred spirits, and Mike Scaccia's kindness helped thatbonding process which I still cherish today. Underneath Mike'ssoft-spoken, quiet demeanor, there lived a monster of mythicalsize, unbridled passion, and a practitioner of inhuman feats thatwill never be replicated.

We called his picking hand, 'The Hummingbird'because of its blinding speed and accuracy. But now, 'TheHummingbird' has flown.

Let his body of work speak for itself, as a legacyof success not many can achieve. When Mike played, you knew it washim, and with that, he left a mark in music that can't betouched.

The DFW area has lost our era's two greatestguitarists in Mike Scaccia and Dimebag Darrell Abbott, and that isa terrible blow.

But their accomplishments will be considered sacredground for aeons.

When I think of my fallen comrade Dime, I think ofhim as a star in the cosmos.

I will think of Mike in the same way, in honor ofhis legacy and friendship. Celebrate this great man's life. Withall my love, sincerely."

Those wishing to donate to the Mike Scaccia Family Fundraisercan click here andfollow the link.