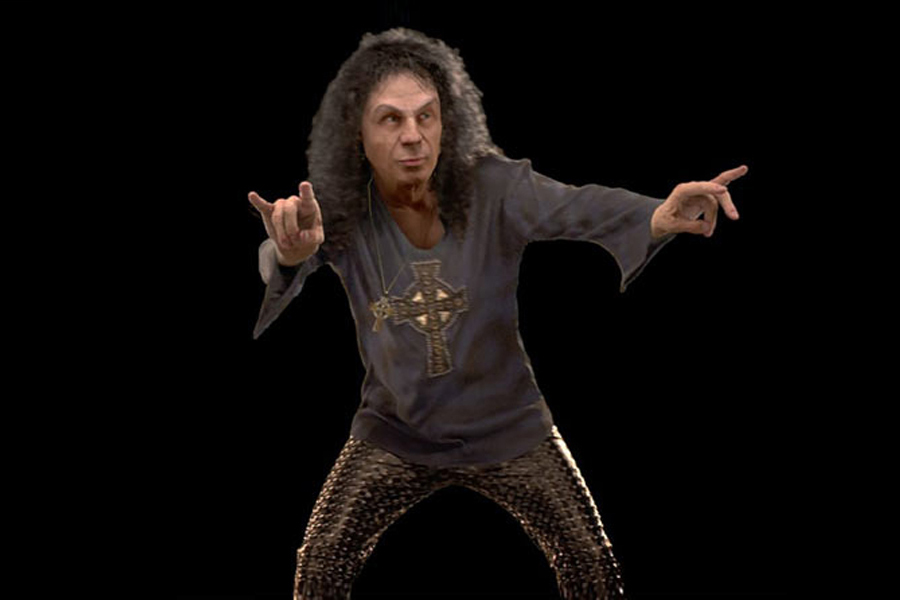 A hologram of late metal legend Ronnie James Dio will go out on a tour of Europe later this year backed by members of The Dio Band.

As part of the ‘Dio Returns’ tour the 3D hologram of Dio will appear in nine European cities kicking off in Helsinki, Finland on 30th November and closing in Tilburg, Holland on 21st December before hitting venues in South America, Australia, Asia and the US.

"In 1986, for the Sacred Heart Tour, Ronnie and I created the Crystal Ball with Ronnie filmed and speaking in a suspended crystal ball effect, done with back projection, which was the closest we could get to a hologram," the singer's widow, Wendy Dio, tells Rolling Stone.

"Ronnie was always wanting to experiment with new stage ideas and was a big Disney fan. With this said, I am sure he is giving us his blessing with this hologram project. It gives the fans that saw Ronnie perform an opportunity to see him again and new fans that never got to see him a chance to see him for the first time. We hope everyone will enjoy the show that we have all worked so hard to put together."

The stage set up is inspired by Ronnie’s classic Sacred Heart and Dream Evil tours. Whilst the setlist will differ from night to night audiences should expect to hear tracks including Holy Diver, Rainbow in the Dark, We Rock, King of Rock and Roll, Black Sabbath covers Neon Knights and Heaven and Hell and Rainbow's "Man on the Silver Mountain, among a host of others.