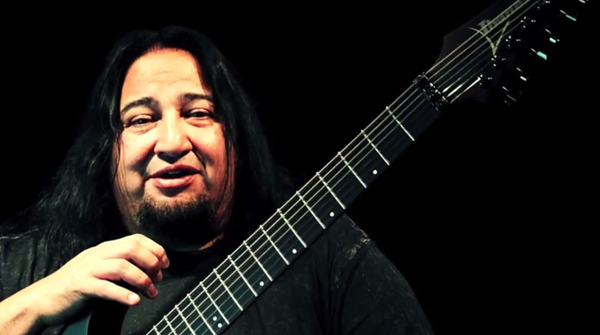 Fear Factory co-founder, Dino Cazares, has, like many of his metal counterparts, long been an endorsee of extended range Ibanez Guitars.

In 1995 Dino was approached by Ibanez and given one of the first Steve Vai 7-strings and hasn't looked back since.

In a new video which has surfaced via Blabbermouth, the industrial metal legend chats about the specs and features of his new Ibanez signature, the DCM100.

The DCM100 is a high-end limited edition axe that set to be ready in about time for the 20th anniversary of Fear Factory's legendary Demanufacture album.