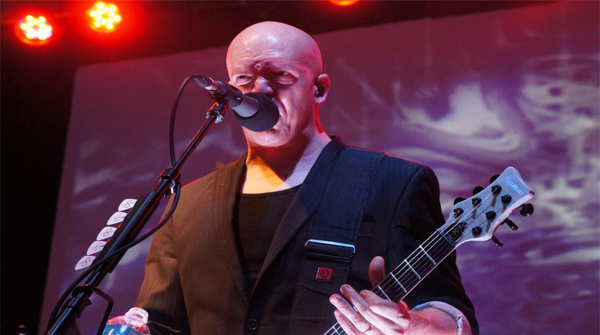 The event, which is now sold out, will see the renownedmulti-instrumentalist, singer and producer partner with LiveMusicStage.com inorder to allow fans around the world to stream the eventlive.

The show, which has been named after an old Vancouver club madefamous in the 60's for booking the first wave of psych-rock acts,will also feature art exhibitions, actors, Ziltoid, stilt walkersand fire breathers as well as Devin's brand of outremetal.

Devin describes the Retinal Circus as:

"A retrospective of my career in music to date, with thecentral theme being a metaphor of how life and the adventurestherein are a 'circus' of sorts. The show involves a cast ofcharacters and guests that support this theme through carnival typeperformances.

"A story about how a troubled young man dreams of fantasticscenarios, (illustrated through the music of my back catalogue),which ultimately crests in the characters realization that life isall about the relationships we have with each other. This is thefirst opportunity I have been given to make theatricalrepresentations of my music."

The three hour plus performance will include:

Devin Townsend 'The RetinalCircus' will take place on 27th October at Camden's Roundhousevenue.