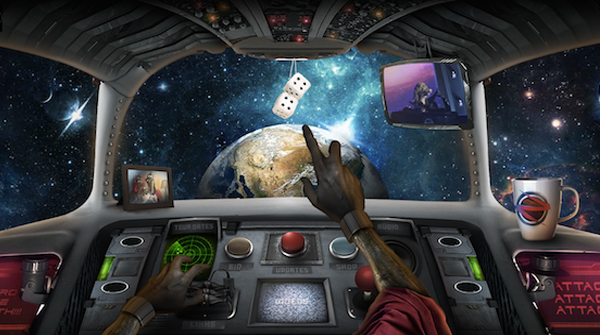 Devin Townsend has announced the launch of ZTV, a brand new video series starring the inimitable Ziltoid, as well as a brand new interactive site dedicated to him.

Following on from the announcement of the Z² double-album, which is due for release on the 27th October 2014 in Europe and 28th October 2014 in the US, the newest glimpse into the Ziltoid story can be viewed here: www.ziltoid.com

Devin had this to say:

"Hey guys! Devin here… been a few weeks since the Z2 album was delivered, and we’ve been getting everything ready for the upcoming tours and the release of the records. As I’ve mentioned, Z2 is an experiment for me in trying different mediums to illustrate a concept, and as such…I’m really excited to present to you the new Ziltoid website, and the first of three ZTV episodes leading up to the album release! The crowd-funding campaign has allowed me to actualize Ziltoid and its music in ways I’d always hoped for, and the idea with the three web episodes is to set up the concept of the album. This first one is less over the top than it gets by episode three, but it needs to establish the whole story before it gets more absurd. It is a great pleasure to be able to do this, and was an awesome experience (other than having to explain to management and family why I spent so much money on puppets =) Thank you for the support and allowing me to continue =)."

Devin Pre-orders for the Z² album are now available.