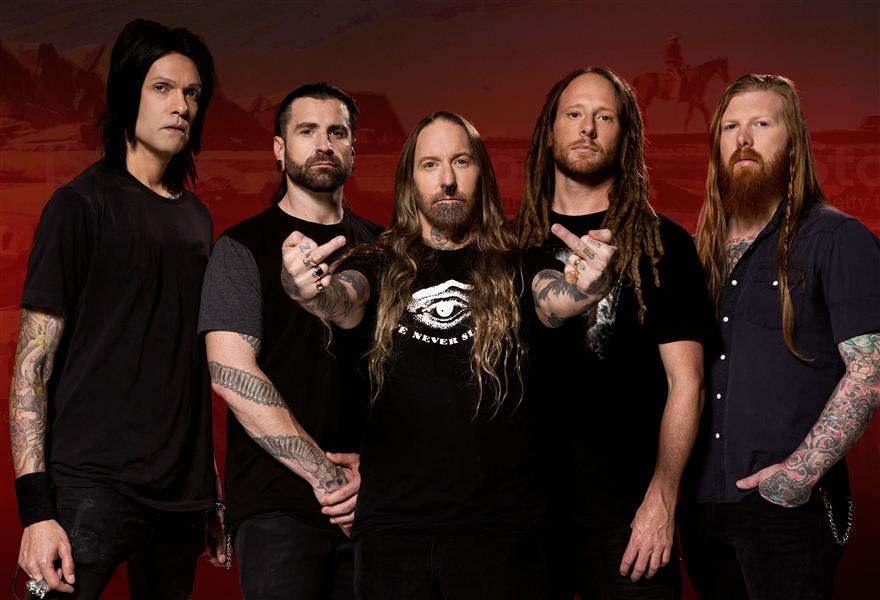 DEVILDRIVER have unveiled another new track taken from their highly-anticipated full-length album of outlaw country-gone-metal anthems, Outlaws ‘Til The End.   Check out the video for their take on the classic Ghost Riders In The Sky, featuring guest vocal appearances from Randy Blythe from Lamb of God, John Carter Cash and Ana Cristina Cash alongside DEVILDRIVER frontman, Dez Fafara

Outlaws ‘Til The End is both a startling curveball and a ferocious statement of individuality from a band who have been a constant and effective force in the heavy metal world for the best part of two decades.  From the opening seconds of Hank3’s Country Heroes, featuring Hank3 himself onwards

Outlaws ‘Til The End is simply one of the most invigorating records the band have made.  More importantly, these evocative, irresistible songs have all been wholly rebuilt from the ground up, powered by the classic DEVILDRIVER sound and embellished with Fafara’s unmistakable feral roar.  Outlaws ‘Til The End was produced, mixed and recorded with Steve Evetts (Dillinger Escape Plan, Every Time I Die, Sepultura, The Cure), with DEVILDRIVER guitarist Mike Spreitzer co-producing.  The album was mastered by renowned engineer, Alan Douches.

Completing the project are a host of metal and country luminaries providing unforgettable cameos.  Full tracklisting and guests below.

An Intro To Outlaw Country

6. If Drinking Don't Kill Me (Her Memory Will)
Written by Harlan Sanders, Rick Beresford; recorded by George Jones
Performed by Wednesday 13 & Dez Fafara

7. The Man Comes Around
Written by Johnny Cash
Performed by Lee Ving of Fear & Dez Fafara