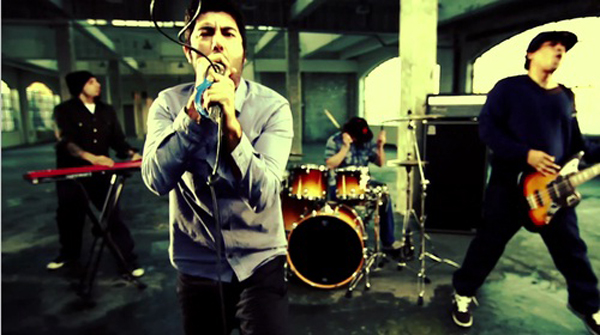 The first Deftones track to be released since2010's 'Diamond Eyes' LP is now available as freedownload.

'Leathers' is taken from the band's upcoming new album'Koi No Yokan' which is due out on November 12 viaRepriseRecords.

"We've just got in a room and jammed out ideas like we did onthe last album," says drummer AbeCunningham of the recording sessions (via Metal Hammer).

"We'd go in and come up with all these funky ideas in a roomtogether instead of sending ideas to each other's mp3s while we'rein different parts of the country. It gets you excited, like itfelt when we were kids in a garage!"

"These sessions have also been helped by Sergio [Vega]feeling more at home as part of the band," he adds whilsttalking of the replacement for founding bassist ChiCheng, who was left in a coma after a car crash in2008.

"He's more at ease and feels comfortable in contributing musicand ideas this time out. It's been great seeing him feel like hecan say what he wants to say, which was maybe not the case the lasttime around."