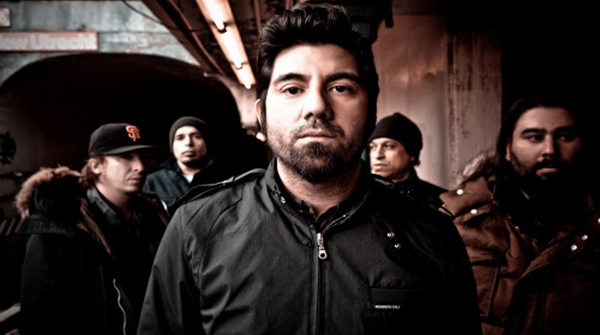 Alt-metal veterans the Deftones have announceddetails on the release of their seventh studio album, reports Clash Magazine.

The album, entitled 'Koi No Yokan', is due outNovember the 13th through Reprise Records andhas been produced by Nick Raskulinecz, who also worked on2010's 'Diamond Eyes.'

In a recent interview with Billboard, frontmanChino Moreno described the album as"not a super fast or slow record. It's verydynamic."

"Some of my favourite things about Deftones are the dynamics.Yes, we're a heavy band, but we're not just in-your-face aggro thewhole time, punching you in the face. There's a lot of aggressionin some of the music, but there's also this very soothing elementwhere there's a lot of soundscapes rather than attack, attack,attack the whole time. I understand that's a big part of our sound,but I really feel like we reached a peak on our dynamics on thisrecord with those two qualities - the beauty of something and juststraight, ruthless aggression."

The tracklisting is still forthcoming, however the outfit recentlydebuted two brand new songs that are expected to feature on thealbum.

In related news the Sacramento 5 piece have just announced aseries of US touy dates in support of the new album.