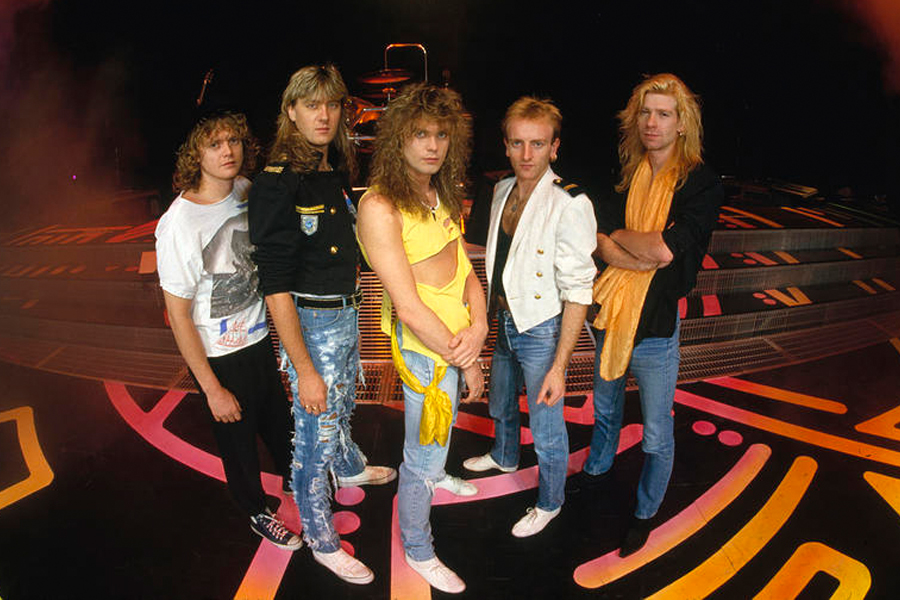 Def Leppard will release a special 30th anniversary edition of their breakout album ‘Hysteria’ this year and as part of the celebration surrounding the release the band have made a “mini-documentary” looking back at the making of the record.

Both parts of documentary are now available online and feature rare archival footage and interviews with band members discussing the impact of the album which was first released in August 1987.

During the short film, Joe Elliot said of Hysteria:

“It’s hard to believe that it’s been 30 years since the release of Hysteria. In some respects it really does seem like only yesterday. So, to mark this milestone, we wanted to do something very special for our fans and give them the definitive version of the album, one that incorporates all of the memories and milestones that we caught on tape and some of the madness that we got up to on the road. We hope it means as much to you as it does to us.”

Hysteria was the fourth studio album Def Leppard, released on 3 August 1987 through Mercury Records and reissued on 1 January 2000. It is Def Leppard's best-selling album with over 25 million copies sold worldwide and spawning seven hit singles such as 'Woman,' 'Animal' and 'Pour Sugar On Me' as well as the album's title track, 'Hysteria.'

The Hysteria reissue will be available in a variety of formats which include the 1-CD "Vanilla" version, a 3-CD Deluxe version, a 2-LP set on black vinyl, a 2-LP "Direct to Consumer" version on limited-edition vinyl and as a mammoth.

There’s also the mammoth 5-CD/2-DVD super deluxe edition which will feature a host of additional bonus tracks, such as B-sides, radio edits, extended versions, alternate mixes and a BBC documentary on the album itself produced for the BBC’s ‘Classic Albums’ series.

Check out the part of the documentary below.