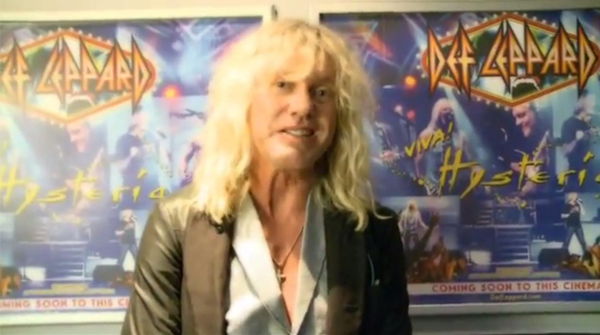 Def Leppard have shared a clip taken from the London VIP premiere screening of ‘VIVA! Hysteria,’ the forthcoming live DVD from the hard rock veterans.

‘VIVA! Hysteria’ captures the British/American outfit during their 2013 spring residency at The Joint which is housed at the Hard Rock Hotel & Casino in Las Vegas.

Def Leppard played 11 shows at The Joint, following in the footsteps of fellow rock veterans Motley Crue and Guns N’ Roses, back in April.

Following a number of cinema screenings around the globe “VIVA! Hysteria” will then be released in a number of formats which include 2CD+DVD digipak, Blu-ray, DVD and digital album download.

The release dates for ‘VIVA! Hysteria’ DVD is as follows: