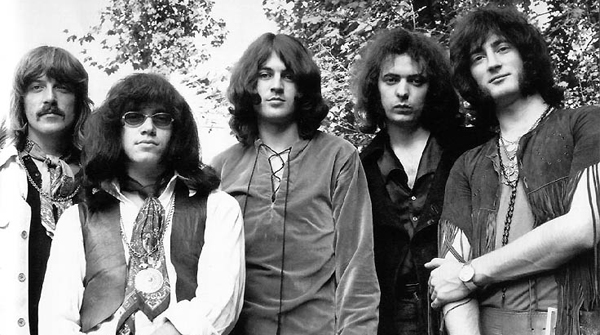 The concert film was shot during Deep Purple's reunion tour which took place 1984 in Melbourne, Australia and is the only full-length recording of the band from that time.

The DVD features the Mk 2 line-up of Ian Gillan, Ritchie Blackmore, Roger Glover, Jon Lord and Ian Paice performing tracks such as 'Highway Star,' 'A Gypsy's Kiss' and 'Under The Gun.'

Distributor Eagle Rock say of the DVD (via Classic Rock):

"Perfect Strangers Live is a stunning concert with the band in incendiary form. The setlist mixes then new tracks from the Perfect Strangers album with favourites from the early seventies, culminating in the brilliant Smoke On The Water finale. This is without doubt one of the finest Deep Purple concerts ever filmed - and a must-have for their legions of fans."