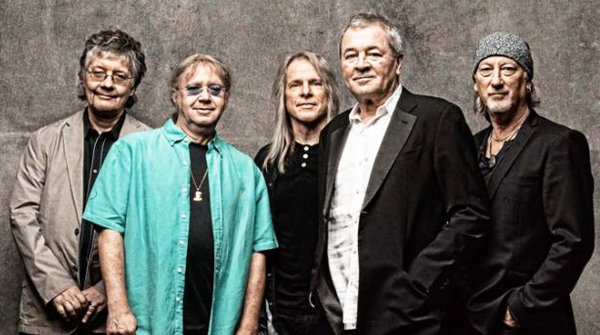 Even rock elders such as Deep Purple can be taught new things about the music industry.

You would probably expect a band of such musical pedigree as them would have seen it all, however, the veterans have learned a valuable lesson during their time away from recording studios, according to Roger Glover.

"We did some fantastic tours, and albums seemed to have fallen of the radar. Somebody said, 'It's the new age and albums are old hat – you've got to put out a single on the internet,' and that kind of thing.

"That really didn't appeal to us, so we just carried on touring."

Glover continued to disclose how "things changed" when they met producer Bob Ezrin in Canada:

"Bob came to see us, and he met us the next day and he was very enthusiastic," Glover recalls. "He loved what he'd heard and he said some very astute things – 'Forget trying to make a big smash-hit single. Those days are gone. Really do what you do, and do it well.'"

That alone drove Purple to record and release Now What?! with the band now ready to begin work on the follow up.

"Iron Maiden's Steve Harris is building a studio there. It's not quite finished, but he let us use the room because the room's good. We had about a week there and we've got about a dozen rough ideas down."

Deep Purple's 20th studio album is slated for release in 2015.