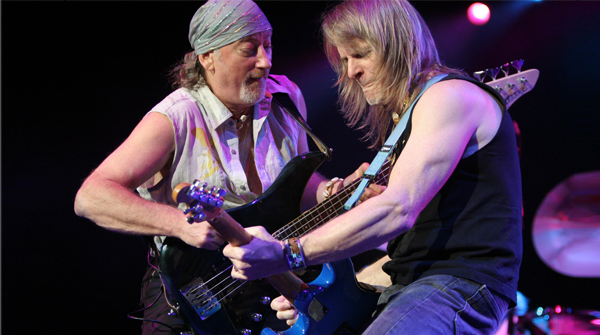 Already being hailed as the "Comeback Album of theYear" the first Deep Purple record inseven years will mark the band's 19th studio album and the firstsince 2005's 'Rapture of the Deep.'

The new album project, produced by Bob Ezrin, wasinitially launched with the double-A sided single 'All The TimeIn The World' and 'Hell To Pay.' The band have alsonow issued their first music video in more than 20 years for albumtrack 'Vincent Price.'

Check out Roger Glover's exclusive interview on In The Studio here.