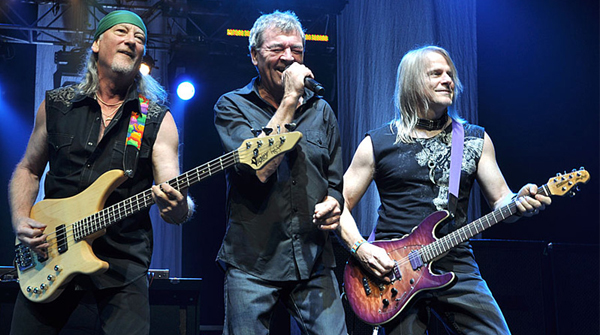 Deep Purple will perform a string of UK dates in support of their upcoming album, 'Now What?!' this coming October.

'Now What!?' has been produced by Bob Ezrin, who has also worked with Pink Floyd, Alice Cooper and KISS, and is the band's first full album of new material since 2005's 'Rapture of the Deep.' The new record will mark the 19th studio release by the rock veterans and will be released on April 29th in the UK. There will also be a limited edition which includes a bonus DVD and a bonus cover track.