DAWES DEBUT MUSIC VIDEO FOR “LIVING IN THE FUTURE,” FIRST SINGLE FROM 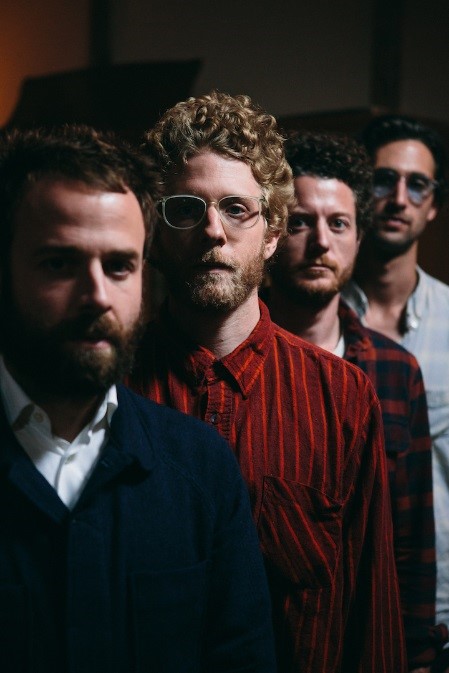 PREMIERE “CRACK THE CASE” + Q&A VIA CONSEQUENCE OF SOUND

Dawes have launched their new music video for “Living In The Future,” the first single to be taken from their forthcoming Jonathan Wilson produced album Passwords (HUB Records), via Boing Boing. The video was directed by Grant James (Father John Misty, Tedeschi Trucks Band), who reveals: “The concept of "Living in the Future" revolves around Dawes having their performance holographically captured for posterity. The result is a perfect mix of analog and digital that not only taps into the theme of the song, but fully represents who the band is.”

Dawes also premiere “Crack The Case,” another new song from Passwords, via Consequence of Sound, who call the song a, “’70s-era folk rock soother.”Dawes’ lead singer and songwriter, Taylor Goldsmith, provided a behind-the-scenes look at the making and influences behind the song in an interview with Consequence: “Crack The Case” was more or less the first song I completed for Passwords. The song made it clear to me what I wanted to talk about and how I wanted to say it, but beyond that I found it bringing me back to writing styles and lyrical approaches that I hadn’t explored for a few records.” Listen to “Crack The Case” via Consequence of Sound here.

Passwords will be the group’s sixth studio album, and fourth on their own HUB Records. It is for and about the modern age: the relationships that fill it, the politics that divide it, and the small victories and big losses that give it shape. "We're living in such a unique moment in history,” says lead singer and songwriter Taylor Goldsmith, “Many of these songs are an attempt to come to terms with the modern world, while always trying to consider both sides of the story."

In the decade since Dawes emerged from Southern California, the band, consisting of guitarist/singer Taylor Goldsmith, drummer Griffin Goldsmith, bassist Wylie Gelber, and keyboardist Lee Pardini, has evolved and electrified and grown into a forward-thinking band for the 21st century. The result is Passwords, a warm, lived-in album that spotlights Dawes’s strength as a live act while also staying rooted in studio craft and consideration. The album bounces between the familiar territory of guitar-driven indie rock (the anthemic, atmospheric "Living In The Future"); SoCal soul ("My Greatest Invention"); and modern folk ("I Can't Love," "Stay Down"), but also embraces a spacier, experimental approach thanks to the band's newest member, keyboardist Lee Pardini.

For Passwords, Dawes was reunited with Jonathan Wilson, who produced the band's first two albums. "Part of the DNA of Dawes was shaped by Jonathan," Goldsmith says. "Those first two Dawes records have a certain essence to them. We were figuring out who we were. When it came time to produce our sixth album, why not go back to the guy who started it all with us?" Wilson adds: “I wanted to record them live and capture that magic that you can only get recording a real fucking band, that lives together and breathes together as a unit. There aren’t too many of those left, but I think we captured it.”

Ultimately, Passwords is a clever and clear-eyed defense of empathy in the face of apathy (on songs like "Living In The Future") and a timely call for patience and understanding in an age of political partisanship (on "Crack the Case"). “Songs can be passwords,” Goldsmith says, “because they're a means of giving access to someone else's perspective, thereby elaborating your own.”In this way, Passwords uses its words wisely, unfolding with well-reasoned articulation and pointed punch, while never compromising the band’s innate musicality and song-writing prowess. Rarely has a band created such an appropriate soundtrack for the modern age, and with Passwords, Dawes does just that.

In August, Dawes will join Jeff Lynne’s Electric Light Orchestra on their first North American tour in over 30 years, and open for the band in cities including Oakland, Denver, Dallas, as well as two shows at NYC’s Madison Square Garden and two shows at LA’s The Forum. The band will also perform a date in Vienna, VA with Shovels and Rope and festival dates including Pilgrimage Music Festival. Full dates below. Tickets for these dates are available now and can be purchased here. Dawes will announce a full North American headlining tour soon.

Dawes- Passwords Tracklisting
1. Living in the Future
2. Stay Down
3. Crack the Case
4. Feed the Fire
5. My Greatest Invention
6. Telescope
7. I Can't Love
8. Mistakes We Should Have Made
9. Never Gonna Say Goodbye
10. Time Flies Either Way 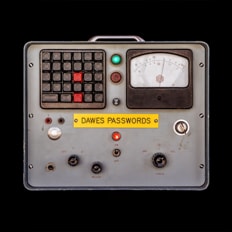