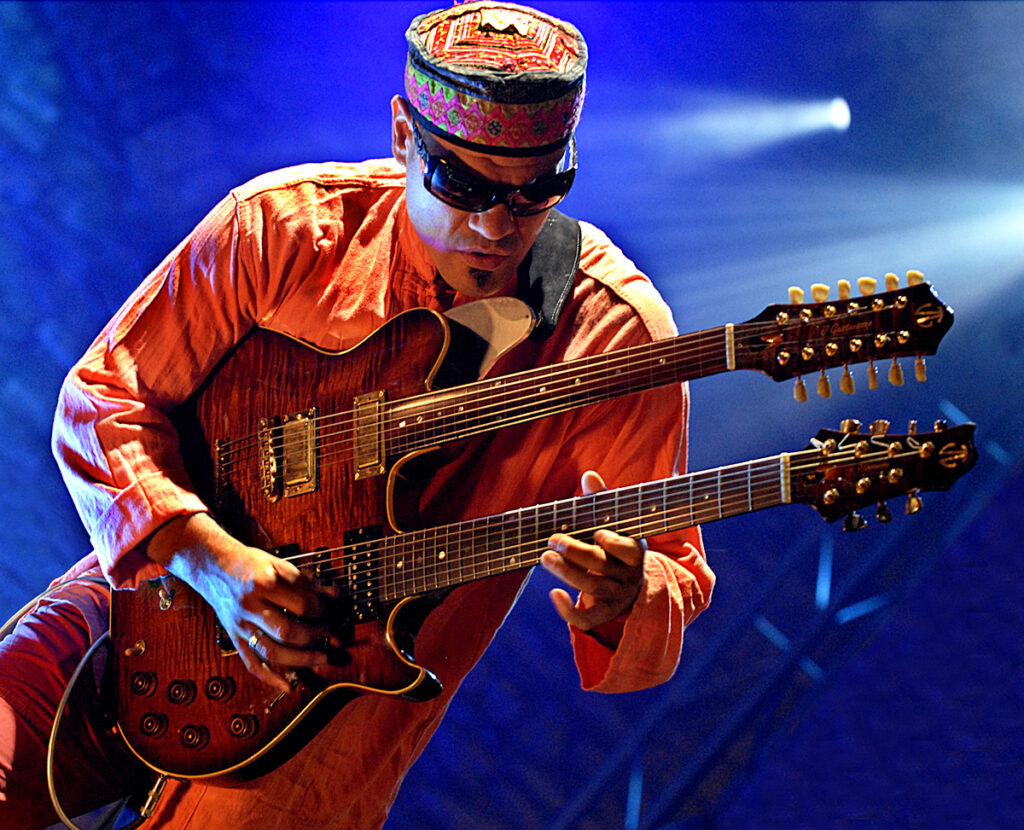 Few musicians share the ability of saxophonist/composer Mahanthappa to embody the expansive possibilities of his music with his culture. Time and again, he has eloquently displayed the capacity to absorb numerous styles and genres of music, combine them with the language of modern jazz, and emerge with a new form still recognizably jazz. What has materialized is a sound that hybridizes progressive jazz and South Indian classical music in a fluid and forward-looking form that reflects Mahanthappa's own experience growing up a second-generation Indian-American.

The idea of hybridity has been central to the music of alto saxophonist/composer Rudresh Mahanthappa throughout his career. Most prominent, of course, has been his highly original fusion of east and west, jazz mixed with the sounds of his Indian heritage.

Mahanthappa's most recent album 'Gamak' was released earlier this year and was the debut for his new band which was both a reprise and a reinvention. The album reunited the saxophonist with bassist FranÃ§ois Moutin and drummer Dan Weiss, the rhythm section from his long-running quartet, but took on a radically different sound with the addition of David 'Fuze'