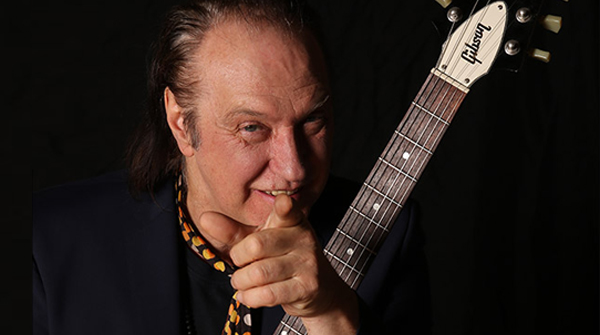 Dave Davies, guitarist and co-founder of the legendary group the Kinks, will perform a rare concert at London’s Islington Assembly Hall on Friday 18 December 2015.

Dave will perform solo songs, hits and Kinks classics which showcase his unique writing style along with the revolutionary guitar sound he created and such classics as You Really Got Me. He will be joined by Jonathan Lea (guitar), Tom Currier (bass) and Dennis Diken of the Smithereens (drums).

Since the early 1960s, Dave has worked on a great number of critically acclaimed albums, ranging from solo hit song Death of a Clown, to experimental Kinks records like Village Green Preservation Society and Arthur and the classic song Lola in 1970.  Dave further helped shape the sound of the Kinks with his singing and lead guitar on the classics Come On Now and I’m Not Like Everybody Else.