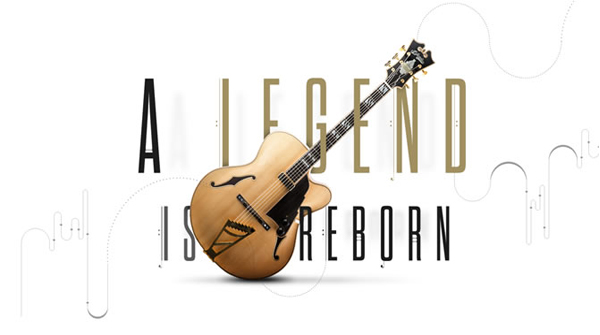 D'Angelico, one of the most highly respected names in guitars,has kicked off a major development regarding its top-selling line.Earlier this year, D'Angelico reissued a collection of entrancing,iconic, and classic guitar models that preserves John D'Angelico'slegacy. However, the line also explores new horizons such asbasses, pedals (by Pigtronix), and soon, amps. The reissuecampaign, suitably christened "Reborn", is being heralded as one ofthe biggest line launches amongst the major guitar industry.

"We've spent the last year working tirelessly to bring theseclassic guitars back to life, while improving and expanding areproduct line to include more styles of guitars and basses.D'Angelico is a legacy of excellence and that reflects in everymodel and product we offer" says Brenden Cohen, CEO of D'AngelicoGuitars. "Now music lovers, guitar players and guitar collectorseverywhere have the chance to experience owning a product held tothe D'Angelico standard of excellence for a surprisingly accessibleprice."

The "Reborn" line made their exciting debut at theindustry-leading NAMM Show (Jan. 24 - Jan. 27, 2013), unveilingthree new D'Angelico Standard Excel model reissues, including twosingle-cut guitars in Natural and Sunburst and a double-cut guitarin Cherry, White, Natural and Sunburst. Retail prices range from$1149 to $1419. A USA Masterbuilt 1942 Excel Reissue, the first ina series of limited edition USA Masterbuilt reissues being builtfor D'Angelico by acclaimed boutique luthier Gene Baker of PremierBuilders Guild (PBG) in Arroyo Grande, California, was alsointroduced at this year's NAMM convention. Baker's reissues arebased on extensive research that began with actual MRIs of theoriginal 1942 Excel. The retail price has not yet been set. Theresult of this unveiling: the title of "#1 Product of NAMM 2013" inGuitar World magazine.